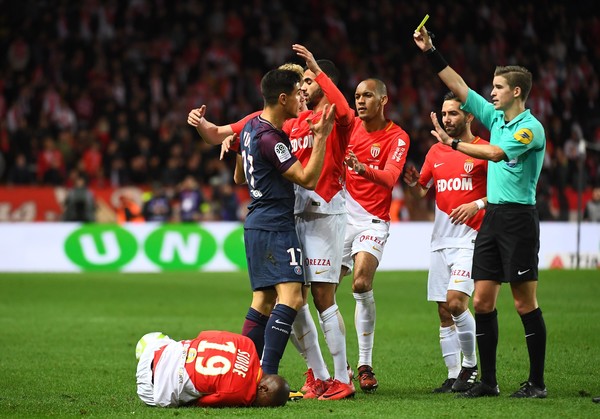 Manchester United and Arsenal are both reportedly interested in signing AS Monaco full-back Djibril Sidibe this summer.

Sidibe was thought to be closing in on a move to La Liga giants Atletico Madrid before the World Cup, but he’s still at Monaco having helped France win the World Cup.

That triumph will probably see his valuation go through the roof, potentially putting off Atleti, but L’Equipe, as per Sports Mole, in France believe United and Arsenal have been alerted regarding the 25-year-old.

Interestingly, both Premier League clubs mentioned have already signed full-backs this summer, with United bringing in Diogo Dalot and Arsenal snapping up veteran Stephan Lichtsteiner on a free transfer.

Jose Mourinho is still looking for defensive reinforcements, although sources close to Stretty News believe a centre-back takes priority. That could change if an opportunity arises in the meantime to sign a top full-back at a good price, so this one is worth keeping an eye on.

As far as Arsenal are concerned, the arrival of Sidibe would put Hector Bellerin’s future in doubt.