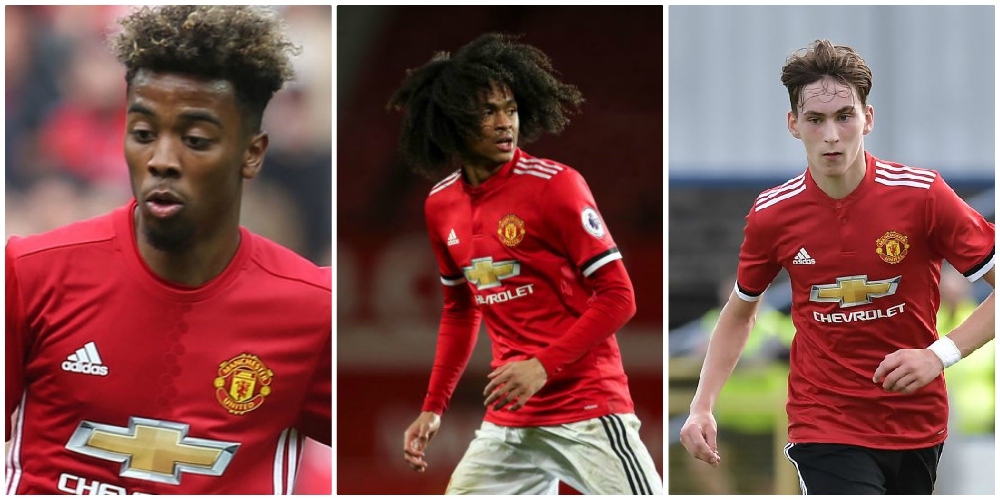 It’s a tradition enriched in Manchester United’s history to produce quality youth players. Jose Mourinho’s appointment in 2016 arguably put that under threat, but the former Chelsea manager has so far proved critics wrong by giving first team opportunities to Scott McTominay, who subsequently burst onto the scene last season and became a senior international with Scotland for his efforts.

The club has already made significant moves in the transfer market – and will continue to do so until silly season ends in three weeks – as Mourinho attempts to remould his squad in preparation for the 2018/19 campaign.

We’ve already snapped up Fred in a £52 million deal from Shakhtar Donetsk whilst Portuguese right-back Diogo Dalot was brought in from Mourinho’s former club FC Porto for £19 million. Let’s not forget about goalkeeping veteran Lee Grant, who joined from Stoke City to act as experienced cover for David de Gea and Sergio Romero.

But will we see more youth players promoted to the first team after pre-season? The tour in America should grant them a golden opportunity to shine and maybe even threated first team regulars.

Here are three youngsters that you should keep an eye on this season.

A technically brilliant player with real creative instinct, Gomes has already got a run in the first team and will be hoping to get more minutes under his belt on tour and when the competitive season begins.

Gomes, 17, joined United’s academy at the age of six and has since developed into an incredibly exciting prospect. He is versatile enough to play across midfield in any attacking role and is well on his way to emulating his father Gil Homes, who represented Portugal at youth level, and former United ace Nani, Gomes’ godfather.

He became the first player born since 2000 to make a Premier League appearance when used as a substitute in May 2017 at just 16-years and 263 days old against Crystal Palace. That also saw Gomes become the youngest first teamer since the legendary Duncan Edwards, which has the making of an Old Trafford fairytale success story.

There is a strong chance we’ll see Gomes strut his stuff on tour this summer, where everyone will see his intelligence, vision and impressive range of passing.

The 18-year-old was signed from Feyenoord in 2016 and instantly caught the eye of his coaches. And, it didn’t take long for him to announce himself on the competitive stage by scoring a stunning strike in the FA Youth Cup – which unfortunately turned out to be United’s only goal in that competition of 2016/17.

Mourinho wasn’t happy with the overreliance on Romelu Lukaku to score goals last season and wants players from other positions to chip in this coming season, so, Chong, another versatile youngster, who plays primarily as a winger, could see a way to fight his way into the team.

The boss confirmed that Chong was training with the first-team last season, therefore, he will know exactly what the Dutch kid is about.

Speaking to MUTV previously, Chong said: “I think it’s the dream of everyone in this toom to play in the first team. But obviously we’re still focused. We’re still working hard to get there. That’s the dream.”

Moreover, the first thing I noticed when I saw Chong was his height and physicality. Those attributes should will appeal to Mourinho.

Mourinho has been in the transfer market this summer in search of midfield reinforcements following Michael Carrick’s retirement, but it’s a huge ask to expect a youngster to compete against players such as Paul Pogba, Nemanja Matic, Ander Herrera and Fred.

Although, a theory embedded by Sir Matt Busby would suggest if you’re good enough, you’re old enough. Garner should take note of that.

It is widely considered that Garner has a good chance to get an opportunity in the first-team. Whether that’s in the League Cup or another competition, I’m intrigued to see more of the 17-year-old, who only signed his first professional contract in May.

That’s enough to suggest he is on Mourinho’s radar.

A central midfielder that can play in a holding position or in a more advanced role, he gives Mourinho more options and has been praised in the past for showing leadership qualities, which are lacking in the current squad.

England’s U17s captain was part of the United youth team that won the Premier League North last season and he is being tipped to make a real impression during the coming years.

Let’s hope Mourinho continues to rubbish criticism that he doesn’t care about youth players because that really doesn’t sit well with me.

Of course, the boss will forever go out to win at all costs, but we need to build something for the future. That’s the best way forward.