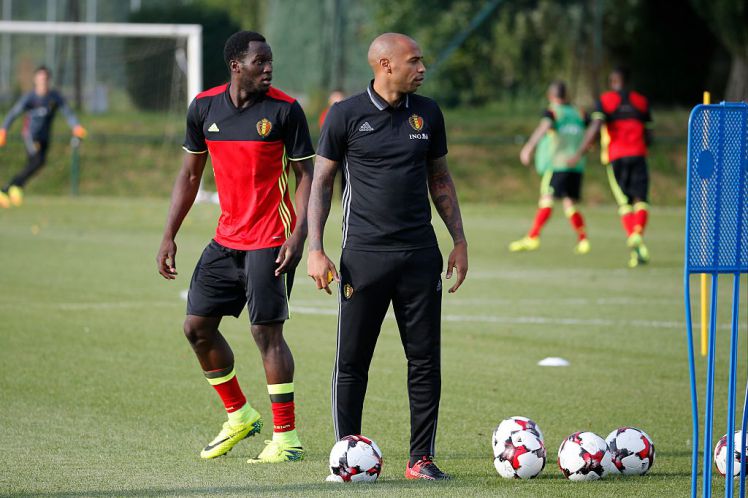 If this question was posed to United fans during his playing days, many would have had their appetites whetted. Henry was the crème de la crème, particularly helping Arsenal achieve success in the early noughties.

Time waits for no man though and Henry is now trying to forge a successful coaching career, currently learning under Roberto Martinez for the Belgian national team.

As such, news has broken that the Frenchman, who helped the Red Devils achieve third-place at this summer’s World Cup, has ended his ties with Sky Sports, with whom he had been employed as a pundit for four years. The reason behind this was to focus solely on bettering himself in the role.

READ MORE: Paul Pogba – The good, the bad & the enigma

With evident regret and sadness, he spoke about his decision, which features on Sky Sports, as per The Sun:

“Over the last four years, I have had some extremely rewarding coaching experiences in football. These experiences have only made me more determined to fulfil my long-term ambition to become a football manager.

“It is with sadness, therefore, that I have decided that I must leave Sky Sports to enable me to spend more time on the pitch and concentrate on my journey to achieving that goal.

“I would like to thank everyone at Sky for making me feel so welcome and at ease throughout my time with them and I wish them all the best for the future. Great memories.”

It is well known that Manchester United are seeking a new assistant manager, after Mourinho’s long-term trusted number two Rui Faria decided to take a break from the game and maybe even try his hand at management himself.

As random and left-field as it sounds, could Mourinho be tempted to forge a former Real Madrid-Barcelona management set up by employing Henry?

Michael Carrick and Kieran McKenna have already been added to the coaching staff, both of whom have had blessings from a number of people. It is not yet clear who will operate in which role, which would leave the door open for a new assistant manager to be appointed.

So, why Henry? Well, he has been providing guidance to current United striker Romelu Lukaku, who produced a cracking tournament and built on his excellent first season in a red shirt. Who better to learn how to perfect the striking role than from one of the greatest strikers ever to have graced the game? The two have built a flourishing working rapport and Lukaku has credited a lot of his improvement down to Henry at international level, not to mention Mourinho’s day to day work.

He might just yet coax a bit more consistency and nurture the Paul Pogba that performed with intent, composure and discipline in Russia. Everyone is waiting with bated breath to see which Pogba rocks back up at Old Trafford, especially with United signing Fred to release him to areas where he can damage opponents. Henry and Pogba have liaised many times during the pair’s time in England, with Pogba openly discussing his game with Henry, which has previously been aired on national television.

Arsene Wenger knows a thing or two about sustained coaching at the highest level and he gave Henry a ringing endorsement, saying he has all the necessary attributes to make a good coach/manager. Henry’s is quite a unique case of being thrust into an elite role, assistant manager of Belgium, whose side have seen expectations grow year in year out thanks to their golden generation.

It would be a huge call to say Thierry Henry should definitely be under consideration to be assistant to Jose Mourinho. Some will say it has no foundation whatsoever, some will see its potential merits.

You would be hard-pressed to see Henry figure highly on the majority’s wish list, but maybe there will be something in it.