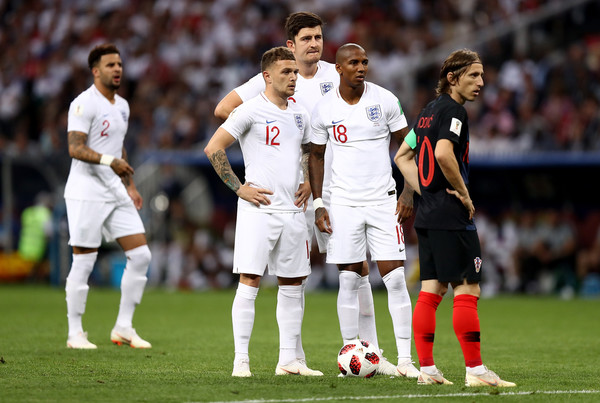 It’s not coming home the way it was intended, but at least Manchester United now have a World Cup winner in the squad.

Fans ought to be proud of what Pogba has achieved, and in doing so he became the first United player in history to score in a World Cup final.

Still, though, I guarantee you all someone will have something negative to say about Pogba despite winning the biggest prize in world football.

Pogba wasn’t the only United player to perform brilliantly in Russia. They all did themselves justice, except for those who didn’t feature too often, such as Phil Jones and Marcus Rashford.

It should also make you proud to learn Ashley Young features in the official team of the tournament in the left-back slot, after helping England reach the semi-final for the first time in 28 years.

😉 The FIFA #WorldCup Team of the Tournament…

The 33-year-old didn’t exactly set the world alight with his performances at the World Cup, but he has been rewarded for being solid, reliable and hard-working for Gareth Southgate’s men.

It backs up Jose Mourinho’s decision to play Young at left-back last season when quite a number of fans – including myself – questioned the call with Luke Shaw and more defensive-minded alternatives were available.

Shaw has a tough task on his hands to get back into the team next season and there will now be claims that United don’t need to sign a new left-back before the transfer window shuts.