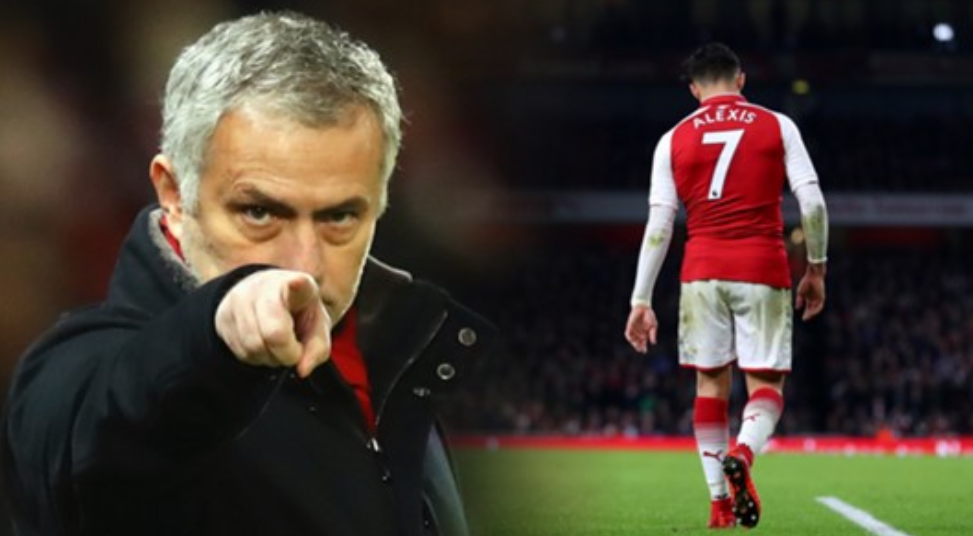 Something interesting happened Sunday evening. While Manchester United fans were revelling in Paul Pogba’s success, 25 Red Devils boarded a plane for Los Angeles. It should have been 26. United’s lone world-class outfield player, Alexis Sanchez, who had not gone to Russia was conspicuously absent.

It was a bit odd. Jose Mourinho was on record that Sanchez’s absence from the World Cup would allow him to rest properly then enjoy a full training camp with his new team. United’s American tour runs through July 31st. Their Premier League season kicks off on August 10th. Essentially, the tour is United’s training camp. Mourinho often says one thing then does another but there is always a reason. What was it in this instance? Had the Chilean somehow crossed the manager?

On Sunday, United’s official website made no comment whatsoever. It simply published the list of players who had flown out. Other outlets noted the omission. None had an immediate explanation.

Sanchez has earned a reputation for clashing with management. At Udinese, he fought for a transfer to Barcelona. At the Camp Nou, he allegedly felt slighted at being second fiddle to Lionel Messi, forcing a sale to Arsenal. His clash with Arsene Wenger led to the swap deal with United when he refused to renew his contract at the Emirates. Was he somehow feeling slighted at Old Trafford?

It’s difficult to see how. In January, Alexis was made the club’s highest paid player, given a starting job, then kept it despite not producing good value. Meanwhile, both Anthony Martial and Pogba were benched. What could have gone wrong so soon?

As it turns out, nothing. Mourinho released a statement on Monday indicating he had granted Sanchez additional holiday time to keep him fresh for the season.

Wait a second, though. That sounds fishy. What happened to “acclimate with his new teammates”? Is he injured and you’re not telling us?

That’s a possibility. Although, if true, the club has suddenly become much better at keeping secrets. Cameras have been present at early training sessions and nothing appeared untoward with Sanchez. As mentioned, Mourinho always has a reason. What was it here?

On the surface, Sanchez not travelling with the squad sets off alarm bells. Look a little deeper, however, and it makes some sense. United were joint-second in the Premier League with seven players still active in the World Cup going into the semifinals. Chelsea and City joined them while Tottenham had nine. Mourinho expressed displeasure with the early start to the season for which the bulk of his squad won’t be ready. There is greater risk in Sanchez training with the second team while on a gruelling travel schedule than there is reward.

That’s a perfectly reasonable explanation except for one thing. Why didn’t the club explain the decision in advance? An easy answer is they didn’t want to discourage ticket sales by advertising Alexis’ absence. But how many people were they anticipating would stay up late before returning to work on Monday, just to buy $175 tickets to see Manchester United v Real Madrid in Miami? New York is the city that never sleeps. There is more to this, and I’ll tell you what I think it is.

You already know Mourinho is displeased with more than just early starts to the Premier League season. Displeasure is his default state. He also can’t stand long, overseas tours in the preseason. Remember the complete waste of time that was the waterlogged Birds Nest in Beijing? The Portuguese would rather hop a ferry across the Irish Sea to do an Everton on Sligo Rovers or Cork City, then hook up with a 2. Bundesliga side before playing one or two friendlies against top sides in Europe. Less wear and tear on his players both with travel and play.

On the other hand, the club wants to make money. It has shareholders and must cultivate the brand. There can be no doubt Ed Woodward and his boardroom posse wanted Sanchez to headline this tour, especially in the wake of Cristiano Ronaldo’s defection from Real Madrid. A marquee name was needed.

But the only marquee name Mourinho values carries the initials J and M. He cares more about the football because winning feeds his celebrity. When he ran the idea of resting Alexis Sanchez by Ed, he was almost certainly told no and he almost certainly then gave his player the fortnight off anyway.

It’s a calculated manoeuvre. The United board is not the Spanish FA. Ed Woodward is not Luis Rubiales. He doesn’t have the cojones to sack Mourinho just before the season for going behind his back in the manner the RFEF did Julen Lopetegui two days prior to the World Cup. On the other hand, Ed won’t forget. United’s manager had best not go into his fabled third-season swoon in 2018/19. He’s put all the pressure on himself to deliver.