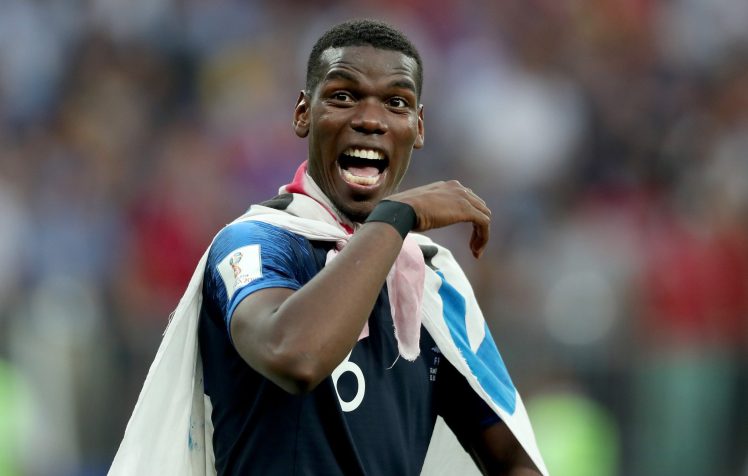 The withdrawals are kicking in now that the World Cup is over. France are champions – so congratulations to our French readers, and commiserations to our Croatian friends.

Even with the help of VAR, there was still controversy at the World Cup final. The first goal of the game came with the aid of a free-kick after Antoine Griezmann took a dive before the subsequent set-piece saw Mario Mandzukic head the ball into his own net.

The opener came against the run of play but it didn’t faze Croatia, who equalised through the excellent Ivan Perisic. As described perfectly by The Independent’s Jack Pitt-Brooke, Perisic turned the game one way, with a brilliant goal, but then turned it the other way by giving the penalty that put France back ahead just before the break.

I was watching the game with my grandfather and he thought it was a penalty. I didn’t. It would have been a totally different story if Manchester United were on the wrong end of such a decision because I find myself emotionally attached, whereas international football brings out a different side of my personality.

I care but not as much.

Maybe part of that is down to Ireland not qualifying for the World Cup, but even when I’m reporting at internationals, I don’t find myself leaving matches quite the same way. If United lose, I could go for hours without talking. When we win you’ll struggle to shut me up.

What I’m saying is it’s easier to be objective when your team is not involved. I would have wanted that penalty if it was United and three points were up for grabs. So would many others who pretend to be disgusted by poor referee decisions.

In the end, Griezmann stood up to take the penalty and slotted the ball home.

France went on to win as we knew they would, despite Croatia looking the better side throughout the first-half. Zlatko Dalić’s side came out after the interval utterly exhausted, unable to keep playing their game which consisted of pressing France at every opportunity.

The third goal from Paul Pogba was the final nail in the coffin. A great strike on the edge of the box, but questions could be asked of Danijel Subašić between the posts for the fourth goal scored by teenage sensation Kylian Mbappe.

It wasn’t quite over yet, though. A hilarious mistake by France shot-stopper, Hugo Lloris, saw Mandzukic pull one back. Sadly, for Croatia, reaching their first ever World Cup final, their legs had gone and they were unable to put enough pressure on France to draw the score closer.

Perhaps I’m showing my age when I say this, but the 2018 World Cup has been my favourite yet. It may have lacked in the quality department, yet the entertainment factor throughout the tournament made up for that.

It was also fantastic to see Pogba silence his critics. The past year has been a difficult one for the former Juventus midfielder and now many are suggesting that this World Cup was the making of him, to finally push on and become a leader at United.

We’ve always argued that United are better with Pogba than without. There has been talk of interest from Barcelona of late, in their quest to replace midfield duo Andres Iniesta and Paulinho, but it would be daft to make the same mistake twice. Pogba belongs at Old Trafford and knows he has unfinished business to conduct before packing his bags.

Now, the world is aware just how good the French midfielder is and Mourinho must work at getting the best out of him next season. This may be an unpopular opinion among our rivals but, on his day, is there a better midfielder in England? I wouldn’t take Kevin De Bruyne over Pogba.

He played a disciplined game throughout the tournament. The sort Mourinho would have enjoyed, which is no surprise given Didier Deschamps, like the United boss, is a conservative coach. At times, I wanted to see this France side in full-flow.

But, who am I to criticise this France side for the football they’ve played in a campaign that saw them become world champions? Deschamps deserves credit for this incredible achievement, yet he’ll probably get shit for playing defensively like Mourinho did throughout his most successful period as a manager.

Anyhow, one last hurrah for France. I ate two beautiful chocolate-coated croissants this morning with my coffee and thought of the greatest living Frenchman on earth… Ohhh ahhh, ohhh ahhh, CANTONA!