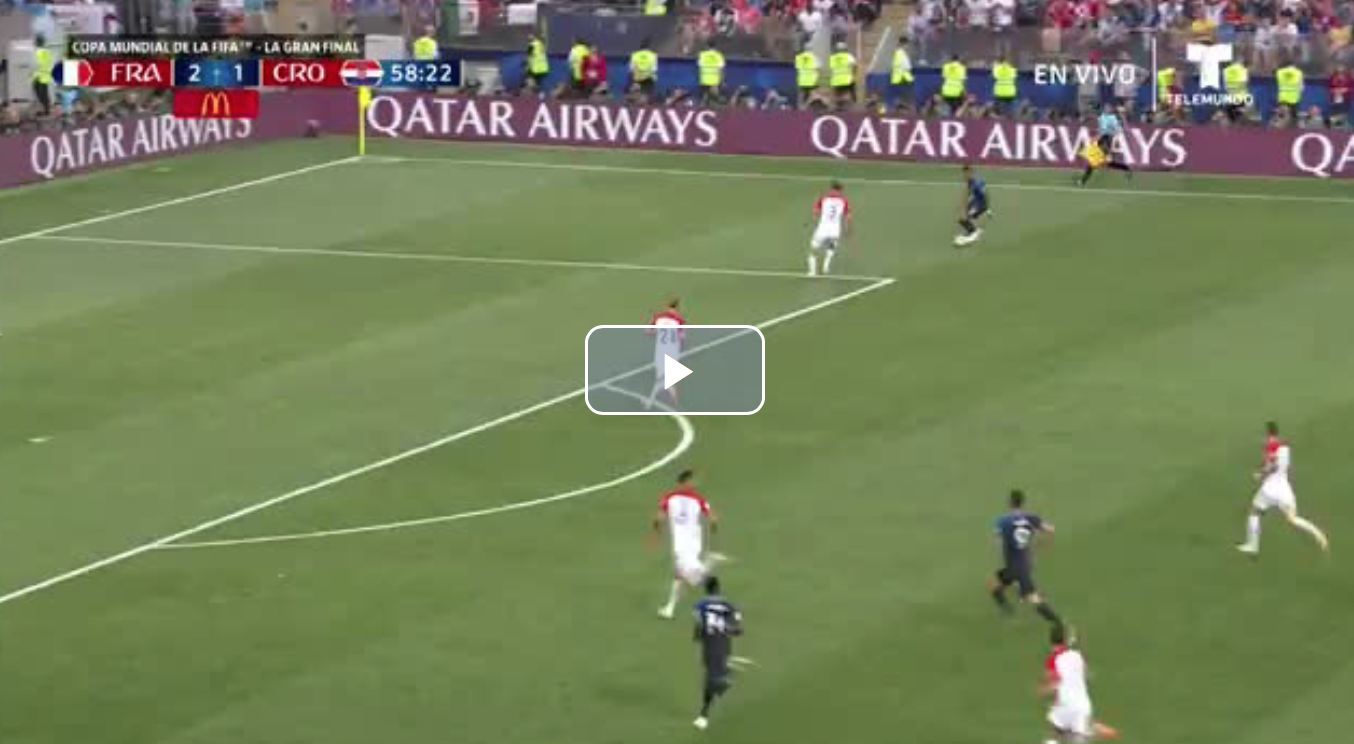 Paul Pogba continues to silence his critics with a stunning goal for France in the World Cup final.

The Manchester United midfielder started the attack himself by finding Kylian Mbappe out wide on the right before sprinting to the edge of the box.

Then Antoine Griezmann found Pogba at who had his initial shot blocked. A rebounded effort then glided its way past the Croatia goalkeeper as France doubled their lead.

This tournament has been the making Pogba, who will look to add consistency to his game at club level next season.