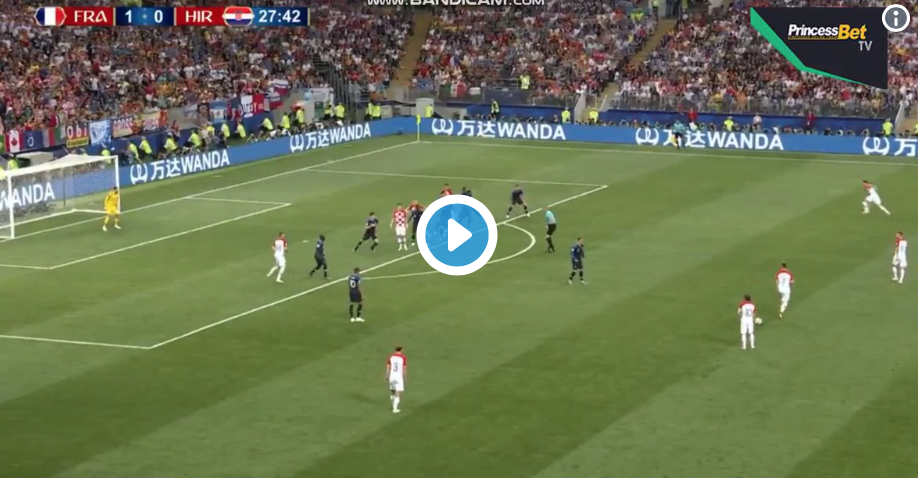 A scramble inside the box saw the ball fall to Ivan Perisic at the edge of the box before the Inter Milan pulled the trigger to score his third goal of the World Cup.

What a final we have in store in Russia with France and Croatia level at 1-1.

Two Manchester United targets found their names on the scoresheet inside the first half-hour with Mario Mandzukic scoring an hour goal from a France free-kick before Perisic equalised with a great shot sent through the French defence.

That goal will increase Perisic’s price in the transfer market, but Jose Mourinho wanted the club to sign him up last summer. He’s been linked with a move to Old Trafford again this week.

Check out his goal below: