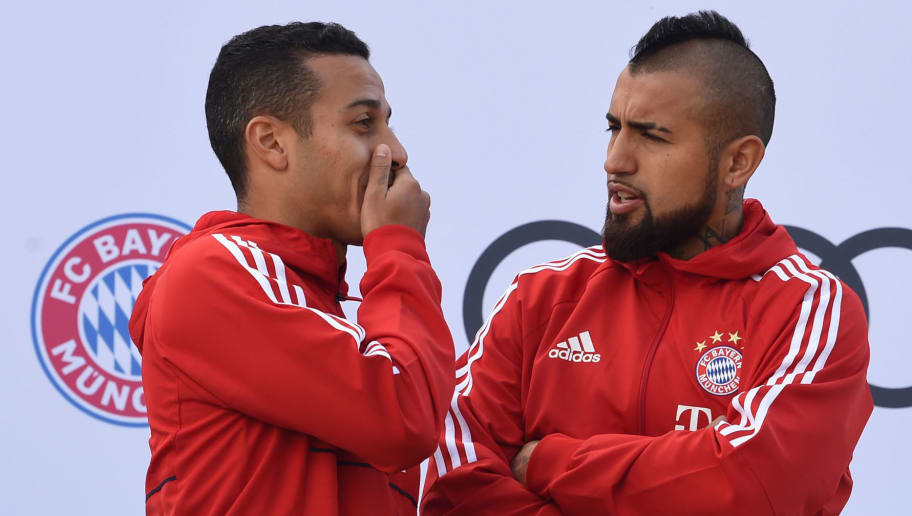 Manchester United are reportedly willing to spend £61 million in order to sign Bayern Munich and Spain midfielder Thiago Alcantara, who has also attracted interest from his former club Barcelona.

This is according to Don Balon, who state that the Blaugrana are set to make a move for the Spaniard before the transfer window shuts and that they’re only willing to offer as much as £53 million for the player.

They claim Jose Mourinho is a big fan of the Bayern Munich star and that United are willing to pay the aforementioned fee to finally bring him to Old Trafford.

David Moyes tried in 2013 after landing the United job but failed.

A player of Thiago’s ilk would come into United’s midfield and offer something completely different. He is able to control the game with ease, which would be a boost for fellow midfielders such as Paul Pogba.

Thiago has helped Bayern outshine everyone in the Bundesliga, something they do year after year without much difficulty, so there’s a good chance he’s fed up with that and wants a new challenge.

It’s a lot of money for a footballer, although nowadays worse players go for more. Bayern Munich fansite, bayernstrikes.com, has also reported on Barcelona’s rekindled interest.