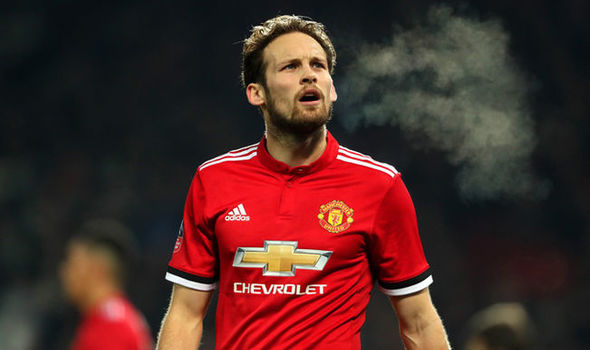 Daley Blind is poised to sign a four-year contract with Ajax, who will pay between £14-18.5 million for the defender, according to Sky Sports reporter Simon Stone.

Daley Blind to Ajax is indeed happening. £14m up to £18.5m. @ManUtd have work to do but no current plan to ignite interest in Toby Alderweireld.

Blind has been decent for United since joining in 2014 following Louis van Gaal’s appointment as manager.

United paid £13.8 million for Blind after he spent time on loan at FC Groningen, so it looks like the Reds are about to make a profit, and the plan now, according to our sources, is to reignite interest in Tottenham centre-back Toby Alderweireld.

The Netherlands international played just seven Premier League games under Jose Mourinho last term, so nobody will be surprised by his exit from Old Trafford as it’s likely to have little effect on the team’s fortunes.

Throughout his four-year stay in England, Blind featured in 90 Premier League games and scored a total of four goals.