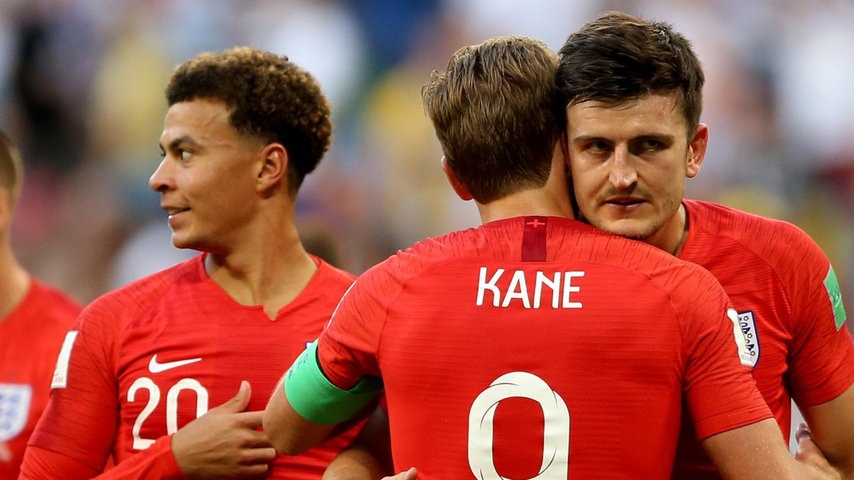 Manchester United are reportedly preparing a bid of £50 million for Leicester City defender Harry Maguire, who starred for England in an impressive World Cup campaign.

Devastated. Absolutely gutted. Thanks to the fans for your incredible support. 🏴󠁧󠁢󠁥󠁮󠁧󠁿🦁❤ pic.twitter.com/8fiWVdXrAY

The Three Lions reached the semi-finals of the tournament, where they were beaten in extra-time against Croatia, who take on France in the eagerly anticipated finale on Sunday.

Maguire was a rock at the heart of Gareth Southgate’s defence and he has been widely regarded as one of England’s best players in Russia, as he prepares of the third-place play-off on Saturday against Belgium.

However, the 25-year-old’s performances have now put him into the spotlight, with Jose Mourinho allegedly keen to add the centre-back to his defensive options ahead of the 2018/19 campaign.

Maguire, who played against United as a Sheffield United youth team player, coming up against the likes of Paul Pogba and Jesse Lingard, has shown real menace from set-pieces but looks better in a back three rather than a back four. The same could be said about Victor Lindelof, arguably suggesting that Mourinho has plans to change his defensive set-up around.

My preference, should a deal happen, would be to have Eric Bailly partner both defenders, if the Ivorian could stay fit and stay in Mourinho’s good books. His pace would definitely compliment the other two perfectly.

The story linking Maguire to United has come from the Daily Mail’s Charles Sale. Aged 25, it’s the right time for him to move but we’ve been linked with far superior centre-backs such as Toby Alderweireld and Leonardo Bonucci and, despite his World Cup heroics, to some this would still be an underwhelming move.

Let us know in the comment sections if you think Maguire is worth a whopping £50 million and if you’d like United to sign him this summer?