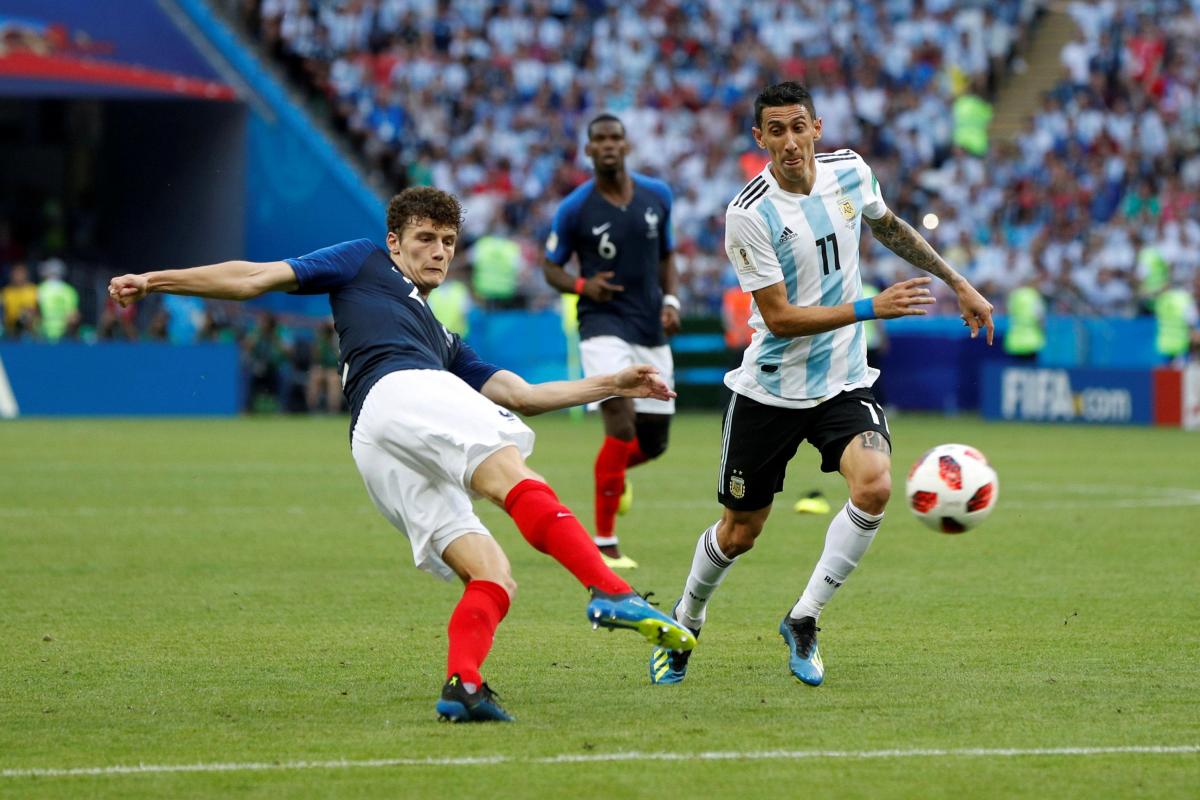 Benjamin Pavard has been a standout at the World Cup for France this summer and despite the fact we’ve already got Antonio Valencia, Diogo Dalot and Timothy Fosu-Mensah for the right-back spot, the 22-year-old has impressed so much I wouldn’t like to see him join a rival.

He has been something of a revelation at Stuttgart since joining from Ligue 1 outfit Lille in 2016, and his performances at this summer’s tournament could easily see him on the move in a mega-money switch.

I didn’t know a great deal about Pavard before he earned a call-up to France’s World Cup squad. To people that don’t watch the Bundesliga regularly, it was an obvious shock, but Didier Deschamps saw something special in the 22-year-old. His wonder goal against Argentina lit the World Cup up, with Pavard getting the wider recognition he deserves.

The strike was hit with exquisite technique before slicing through the air and into the back of the net.

France were 2-1 down and under pressure for the first time during the tournament. Most players in that situation would look to take the ball in and find Kylian Mbappe or Olivier Giroud. Instead he had the confidence to have a go with incredible slice, power and direction all in equal measure.

It was arguably the best goal at this World Cup.

Still the best goal of the World Cup

Pavard left Lille in 2016 because he wasn’t getting opportunities, although people were well aware of his talent and how the manager at the time, Frederic Antonetti, preferred players with experience.

Moreover, this is a player that is versatile, whom can play at right-back, on the opposite flank or even at centre-back. The truth is nobody really envisaged Pavard’s remarkable levels of performance at this World Cup – on the world stage, for all to see.

What he has done this summer will have scouts across Europe attending Stuttgart games next with more interest than usual, unless he gets a big move after Sunday’s final, which is not something I would rule out.

Pavard is a tremendously talented full-back, who is quick, willing to tackle and gets forward with the ability to cross.

With Valencia ageing, Dalot unknown to many of us and Fosu-Mensah up for the fight, the Reds would be able to boast quite the right-back collective should Pavard join.

The transfer window shuts in just over three weeks’ time. Hopefully, we have something up our sleeve.