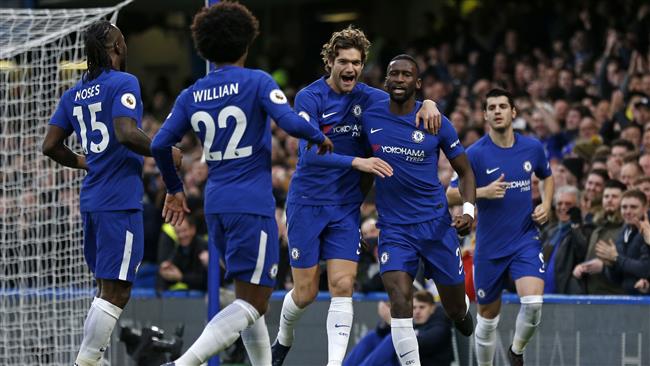 A move for Manchester United to sign Chelsea winger Willian could be on the cards, according to Sky Sports reporter Laura Woods.

The Brazilian attacker’s future at Stamford Bridge has been a constant source of speculation this summer after he struggled to hold down a regular spot in Antonio Conte’s first team.

That has inevitably prompted suggestions that he could be on his way this summer, with Barcelona said to have joined United in the race for his signature.

However, Jose Mourinho worked with Willian during his second spell at Chelsea and is believed to still be interested in the attacker.

Sky Sports reporter Woods has pondered what Mourinho could be planning should the Reds table an offer for Willian.

Speaking on the Transfer Talk podcast, Woods said: “Would buying Willian be another case of what we have saw from Mourinho? Buying players he likes and then working out where to play them…”

The Reds have already reunited Mourinho with one of his former Chelsea players last summer, with United bringing Nemanja Matic to Old Trafford. He’s been a very good addition to the midfield and is reliable in regard to never being injured.

Hopefully, Ed Woodward can get around Chelsea to sell Willian this summer, so Mourinho can have no excuses going forward next season. Or, even better, sign up Gareth Bale!