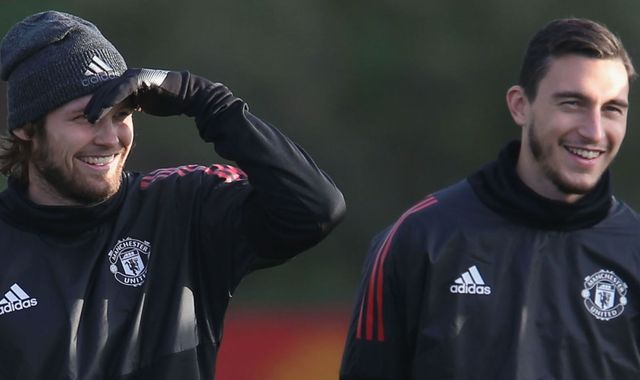 Manchester United are reportedly on course to reach a deal with Ajax over the return of Daley Blind, four years after his switch from the Dutch giants.

Blind, 28, made 141 appearances for United, winning an FA Cup, League Cup and Europa League trophy during his time in England.

That ought to be considered a good return for Blind, though. He’s not world class nor is he even United standard, but a technically gifted and versatile player nonetheless.

According to De Telegraaf, developments in his exit from Old Trafford are expected in the next 48 hours as Ajax are said to want it sorted before their Champions League commitments start. It would also be ideal for United to have everything wrapped up with the Netherlands international before the squad goes on tour in the United States.

All in all, it would be beneficial to all parties involved to get the deal done quickly and avoid it dragging on.

United are on the lookout for more quality in defence this summer. Big names such as Toby Alderweireld and Leonardo Bonucci have constantly been linked with transfers to Old Trafford, so it’s best to get rid of deadwood such as Blind.