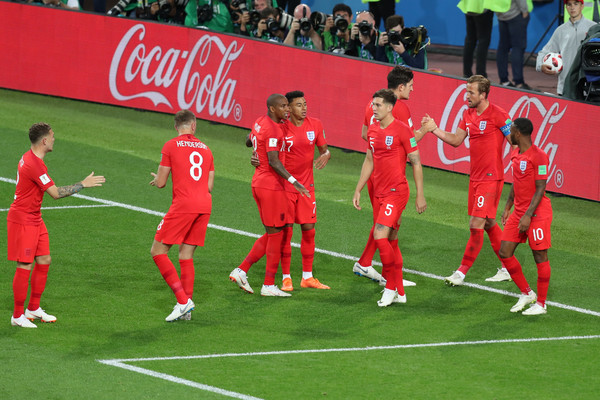 Jose Mourinho believes Ashley Young and Jesse Lingard will not feel the pressure as England take on Croatia to book a place in the World Cup final against France on Wednesday.

The pair have been key components to Gareth Southgate’s starting line-up in Russia and have both performed superbly throughout the tournament.

Lingard has even covered more ground than any other England player and scored their best goal of the tournament against World Cup newcomers Panama, while Ashley Young was exceptional in the 2-0 win over Sweden.

Speaking on RT ahead of the game, Mourinho backed Lingard and Young to relish the occasion in Moscow.

“Looking to my boys, I think Lingard is one that enjoys the occasion, I think he’s going to be the happy kid he is every day and that he shows every match,” he said.

“Ashley Young is very reliable, I think he will not be affected by the occasion.”

Lingard’s runs off the ball may well be key to England winning the game against Croatia. Raheem Sterling can do all the hard work and running, but the Manchester City winger’s finishing leaves a lot to be desired.

On the other hand, there’s Young, who, as Mourinho notes, is never fazed by anything. With Lingard bringing a kind of spirit which epitomises this England team, I hope all the United lads get a run in the semi-final – including Phil Jones and Marcus Rashford – and show the world that they deserve to have reached this stage of the tournament and go even further.

Croatia are the only country that reached the semi-finals without a single United player.

Feeling all the support from you guys back home and out here in Russia. We’ll do everything to make you proud tomorrow! 🙏🏾🤞🏾 #JLingz #ThreeLions pic.twitter.com/WbiJwQ7BkT