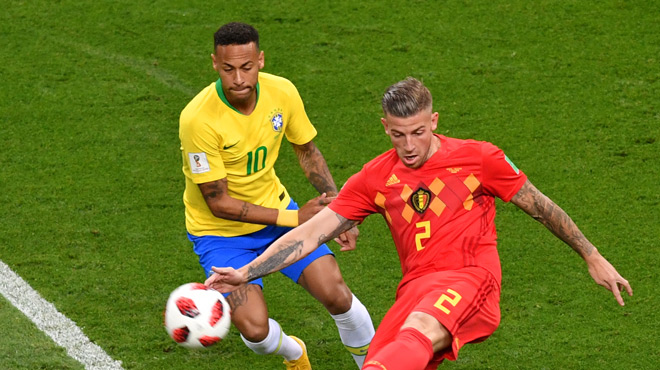 Manchester United are ready to launch a £60 million offer for Toby Alderweireld, according to the Daily Express.

The centre-back is reportedly ready to leave Tottenham after falling out with manager Mauricio Pochettino, following an injury-riddled campaign which saw him fall behind Jan Vertonghen and Davinson Sanchez in the pecking order.

With Belgium now out of the World Cup, Alderweireld can concentrate on sorting his future and United look likely to make moves. And before going on holiday he will remain in Russia to play their third-place game on Saturday, against whoever loses between England and Croatia on Wednesday night.

READ MORE: The reason why Man Utd declined a tempting opportunity to bid for Cristiano Ronaldo

Alderweireld, 29, has a clause in his contract that allows him to leave next summer for £25 million, so chairman Daniel Levy, who likes a big deal or two, will need to sell him this summer for maximum value.

Although we had the second best defensive record in the Premier League, conceding just 28 goals throughout the campaign, our defence needs a revamp. The reason the stats shine so brightly is primarily down to David de Gea – United’s player of the year.

A partner for Eric Bailly or even Victor Lindelof is definitely required this summer.

Alderweireld would tick a lot boxes and it’s no surprise that United are interested. He’s comfortable on the ball, a leader in both boxes and, most importantly, defends brilliantly.

Joining from Atletico Madrid, where he won La Liga and reached a Champions League final, Alderweireld joined Spurs in 2015 and is regarded as one of the best centre-backs in the Premier League.

The Reds should go that extra mile to sign him in the coming weeks.