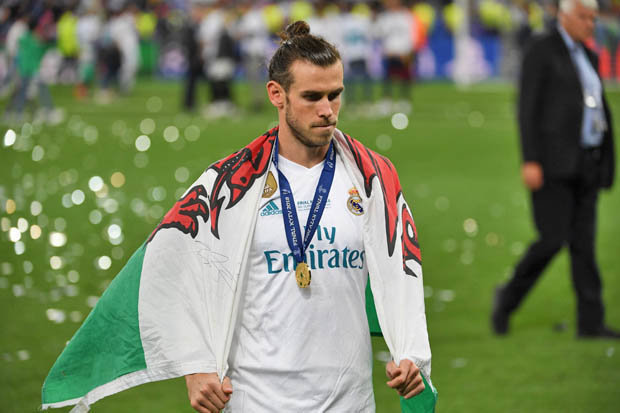 The Reds want Bale after passing on the chance to bring Ronaldo back to Old Trafford.

The Portugal superstar, who left United back in the summer of 2009, has joined Serie A giants Juventus for a huge £105 million.

Bale is seeking assurances from new Real Madrid manager Julen Lopetegui as United continue to keep tabs on his situation.

Jose Mourinho, on the other hand, apparently sees Bale as the missing piece of his attacking jigsaw.

The 28-year-old has the ability to make special things happen in big games and we’ve not had a player like that since Ronaldo.

On the other side, there’s Anthony Martial, Marcus Rashford and Alexis Sanchez all fighting for a starting role. Though, the former has scored just three times since his January arrival and is keen to prove himself.

The Express believe any money from Bale’s sale, along with Ronaldo to Juve, would go towards tempting Neymar to leave Paris Saint-Germain.

It sounds obsessive to get rid of Ronaldo and Bale for that cheating dipshit, but what else would you expect from a club like Madrid? Loyalty means very little and your time is up once there’s a new toy on the shelf.

An incredible player and a top guy! It has been a pleasure to play alongside you for the last 5 years. Good luck for the future my friend 🏆🏆🏆🏆 pic.twitter.com/KBYLMYaWjP