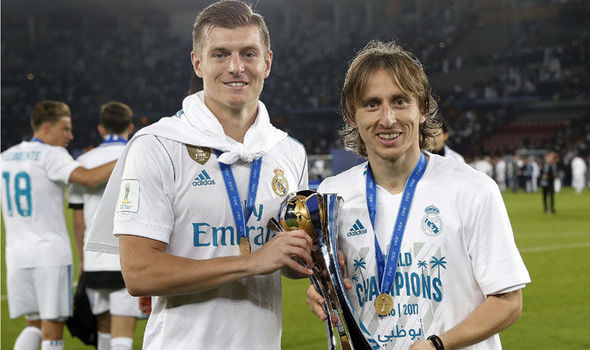 Jose Mourinho has reportedly made it clear to Paul Pogba that he wants him to leave the club in this summer’s transfer window.

That’s according to Diario Gol, who also state Real Madrid midfield Toni Kroos may well come in as his replacement.

Immediately after reading this story, I thought what sense would it make to let a young player like Pogba go for someone aged 28, even if he is the best midfielder in the world? Kroos should still be a target but one to accompany the Frenchman in United’s midfield.

Although, as much as it would be intriguing to see the duo play together, Kroos probably fits Mourinho’s system better than Pogba.

Pogba has struggled to add consistency to his game since re-joining the club in 2016, yet he’s shown us glimpses of brilliance from time to time. Next season we want to see that week in week out.

A report from Don Balon earlier today linked the 25-year-old with Barcelona, where he would be expected to replace Andres Iniesta.

Pogba is now focused on the World Cup final, which will be played on Sunday night. Then he will go on holiday before linking up with his United team-mates for pre-season preparations.