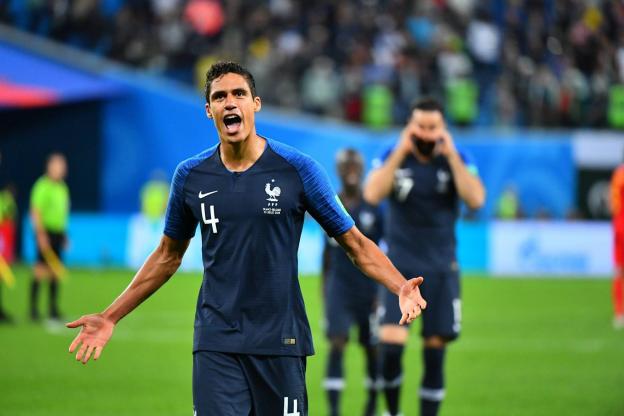 Sergio Ramos has reportedly given Real Madrid the green light to make a swoop for Chelsea and Spain star Marcos Alonso as a replacement should Raphael Varane end up moving to Manchester United this summer.

We know Jose Mourinho is a long-term admirer of the France international because he was the one responsible for bringing him to the Bernabeu in 2011.

And now Spanish outlet Don Balon are stating that Varane will join United this summer if they stump up €60 million for the centre-back.

They also claim Ramos has given the European Champions the ‘Ok’ to move for Alonso to fill the void left by Varane, should he leave in the coming weeks.

Alonso has been a hit at Stamford Bridge since joining from Fiorentina in 2016, with the player quickly becoming a fan favourite with lots of Blues.

Even as a defender, Alonso has an eye for goal, bagging 14 in his 81 appearances for Chelsea. His free-kicks has seen some rate him as one of the best players in the Premier League in his position.

Better as a defender played out wide, Alonso isn’t your like-for-like replacement for Varane but we couldn’t care less about that. It would be a masterstroke if United could pull it off.

If Julen Lopetegui watched France versus Belgium last night, which I’m sure he did, the new Madrid boss won’t want to lose Varane anytime soon. I’d rate our chances slim to none.