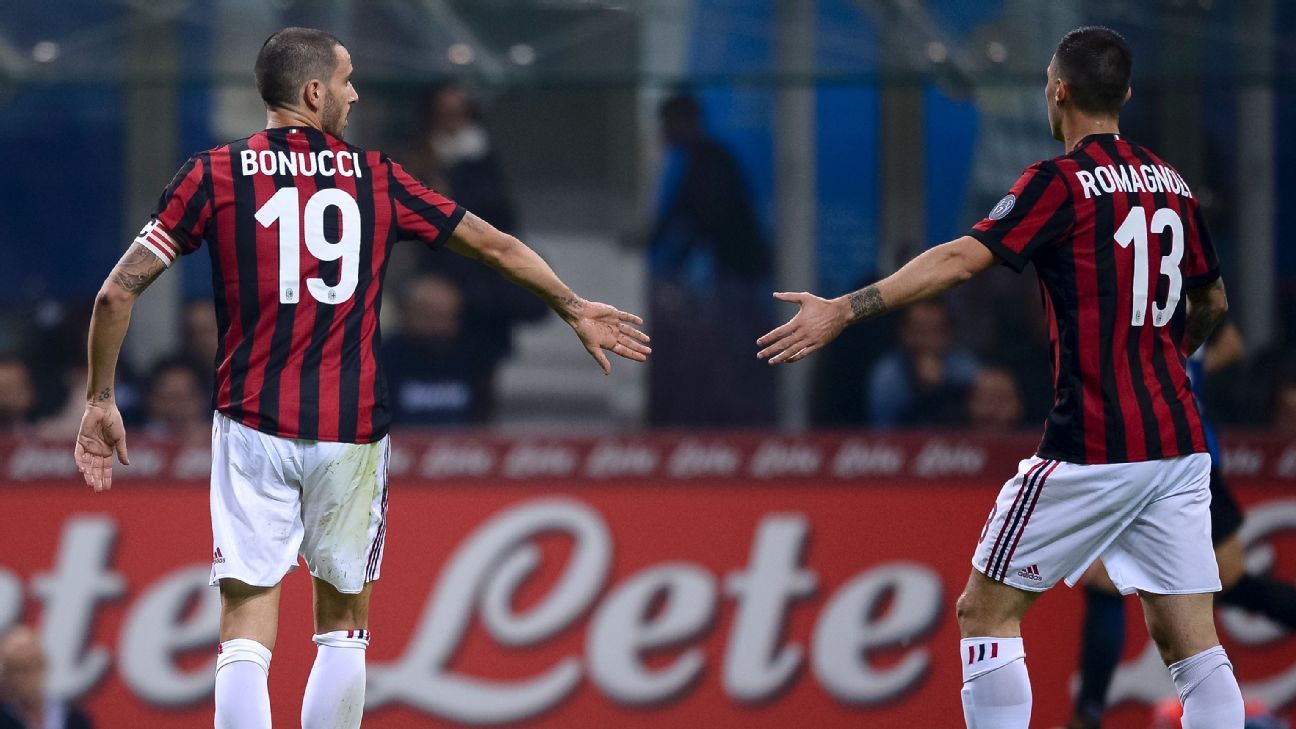 Manager Jose Mourinho has apparently put emphasis on pursuing another centre-back before the transfer window shuts as he is not entirely satisfied with his current options at hand – such as Phil Jones and Chris Smalling.

A such, there have been an array of players associated with the club and Corriere dello Sport via Calciomercato claims that the Reds could make a move for a couple of Milan-based players.

The report digs further to say United and PSG have expressed an interest in signing Bonucci and Romagnoli, amid the ongoing financial farce at the Rossoneri.

Milan have been punished by UEFA for failing to meet the Financial Fair Play requirements and this may force the sale of their best players. It has even led to the Rossoneri being banned from European competition such as the Europa League, which they were supposed to take part in next season.

Both Bonucci and Romagnoli, who are valued at £53 million and £31 million, maybe two of the players that Milan lose this summer over the FFP issues. They need to start balancing the books quickly.

Romagnoli recently committed his future to Milan until the summer of 2022, which will ultimately put a higher price tag on his name.