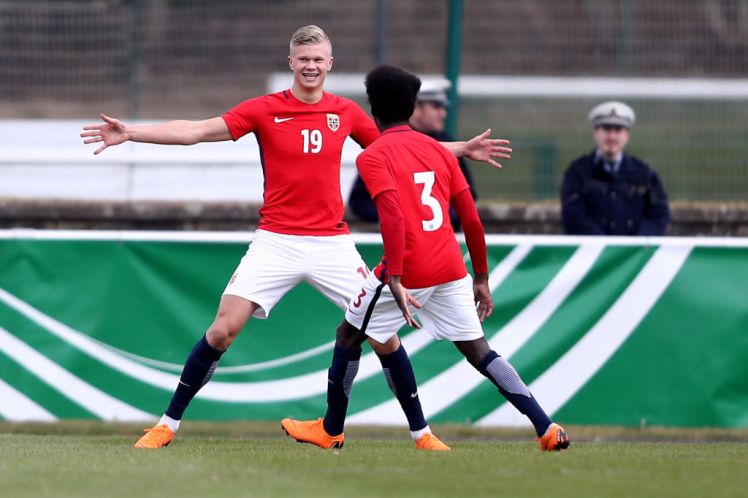 The 17-year-old has regularly been watched by United scouts in the last few months and has scored six goals in his previous two appearances.

United saw Haland bag four goals against SK Brann last weekend, and Juventus scouts were in the stands when the teenager scored twice against Valerenga on Sunday.

The Reds will be forced to make an offer if he continues this goal-scoring form.

Solskjaer, a legend at Old Trafford, manages Molde and knows what it takes to be a star at United.

He thinks his star forward is more than likely to accept United’s advances.

“But if they come to the door, there are not many who say no to that.”

United will face competition to Haland’s signature if they’re to take their interest to the next level. Juventus reportedly tried to sign the striker last year, but were somehow rebuffed by the Norwegian outfit.

I suspect the Serie A champions have kept tabs on the youngster and will return with an improved offer.

Solskjaer spent eleven years at United under Sir Alex Ferguson, winning the treble and more. He will be able to tell Haland all about the club and what it means to play for such a footballing giant.