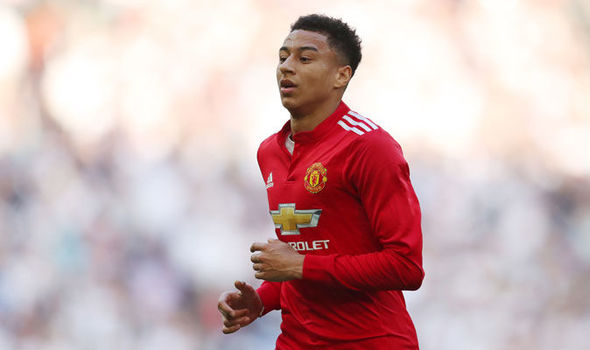 People of certain generations simply cannot fathom the supposed anarchy and soft touch footballing landscape of today. Paul Pogba enjoying a trip to the barbers is entirely deplorable, Jesse Lingard dancing and acting as team joker has been condemned by the modern day keyboard warrior.

I couldn’t help but come across a comment on Lingard’s Instagram page after he put in the performance of his life against Sweden. It read: ‘Like if you think Lingard needs to take football seriously’. Admittedly, it was Troll central — a guy who had only 1 post, a private account and commenting all the way from Johannesburg, but it got me thinking that just isn’t Jesse Lingard.

He is a guy who, he will even admit, was never blessed with natural talent or size. He has always been more perspiration than inspiration. When the more naturally gifted likes of Januzaj, Depay, di Maria, Mkhitaryan, and maybe soon to be Martial, have all fallen by the wayside at United, Lingard is not only holding his own but now thriving. See, you can possess all the talent in the world but it is a totally different ball game if the graft is not there.

READ MORE: Solskjaer makes bold prediction about Norwegian starlet not being able to say no to Man Utd switch

If Jesse Lingard did not take his football seriously, he would probably be sunning himself in Dubai than preparing to take on Croatia in a World Cup semi-final. And god forbid anyone actually enjoys their life and their job, just because the latter may be a pipedream to your average man doesn’t mean those who actually do be butchered for doing so.

It has taken Lingard a long time to convince his doubters, much like his path at United as a whole- it has been a matter of perseverance and putting in the hard yards. Many are all too quick to place Mourinho’s head under the guillotine when a period of balanced reflection will tell us he has enhanced the likes of Romelu Lukaku and certainly Lingard.

He has had a reputation for a while of producing the odd flash of brilliance, including big cup final winners. As such, Wembley was known as his second home, but this season and summer we have seen Lingard add consistency, goals and an indefatigable work ethic.

He is a player Mourinho and Gareth Southgate both unconditionally trust and it is not without reason. He doesn’t have the household name but the doubters are starting to be won over.

For all the play off the field, there is a fully committed and truly dedicated player on the pitch and he’s one of our own.

Keep living the life and having fun, Jesse!