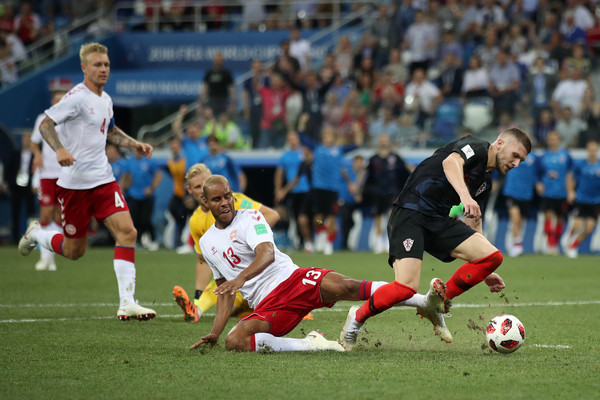 Croatia have been fantastic to watch at the World Cup this summer and Ante Rebic has very much been one of their star players.

With his name rising to prominence, transfer rumours have been circulating around Europe.

The World Cup not only presents the opportunity to represent your country at the highest stage, it puts you in front of the big boys, who spend their summer hovering in the transfer market.

READ MORE: Bilbao unprepared to give up on 28-year-old Man Utd star

However, the 24-year-old had struggled to impose himself at Fiorentina after his move from RNK Split. That lead to loan spells at RB Leipzig, Hellas Verona and then Eintracht Frankfurt.

Then, Eintracht have used a clause to make the transfer a permanent one.

Branislav Škeva Mićo, who previously worked with Rebic, is quoted as saying: “It used to be said before: Ante Rebic is the Messi from Vinjana Donjih. Now it’s that Messi is the Rebic from Rosario.”

Croatia take on Russia in the quarter-finals of the World Cup later this evening at 7pm. We’ll be keeping a closer eye on the ‘Messi from Vinjana Donjih’ and covering any moments of interest, so make sure to stay tuned.