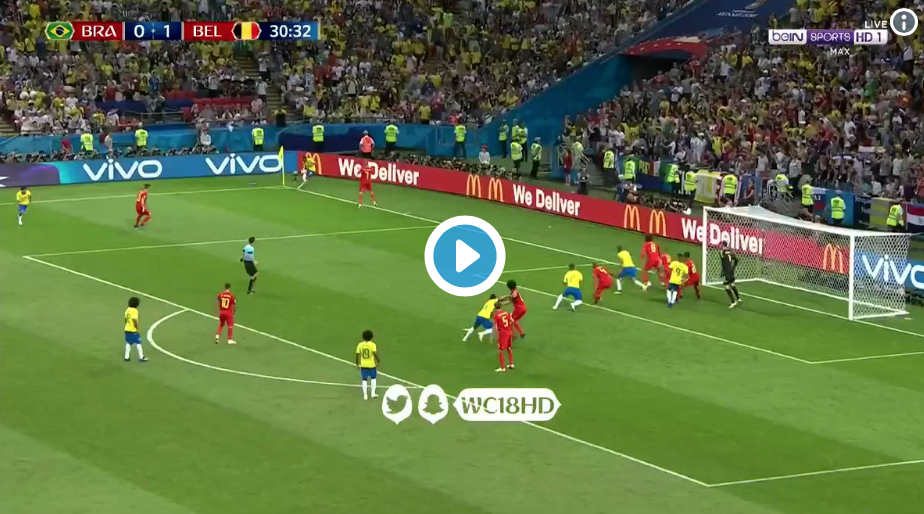 Romelu Lukaku is up for it tonight. Belgium currently lead Brazil 2-0 in the World Cup quarter-finals, as everything goes to plan for Roberto Martinez’s men.

The Manchester United striker picked the ball up at the centre circle before using his balance, strengthen, power and awareness to glide through the Brazilian players. He then picked up Kevin De Bruyne with a stunning through ball just moments before the Manchester City midfielder hammered the ball home from outside the box.

It’s evident to tell that Belgium want this more than Brazil, who have yet to really get going. That’s a worrying sign in a World Cup quarter-final.

Watch the build-up play and goal below.