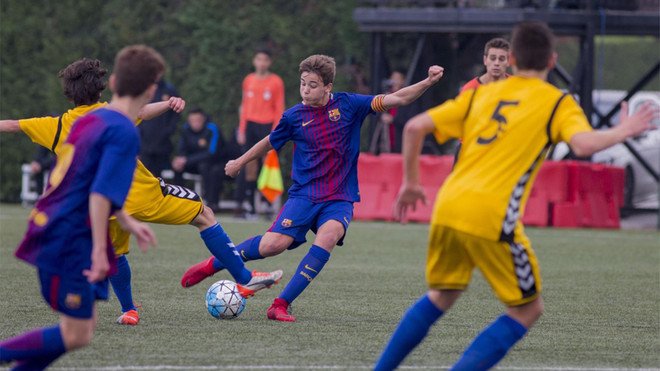 Manchester United have been busy this summer with three signings already completed. Fred was brought in from Shakhtar Donetsk to shake up the midfield, Diogo Dalot offers competition at right-back and Lee Grant has become our third-choice goalkeeper.

The Reds also need to reinforce the academy and reports suggest that we’re in pole position to sign Spanish defensive midfielder Nico Gonzalez, whose contract with the Catalan giants expired last month.

According to Spanish outlet Sport, the 16-year-old free agent has no signed a new deal with Barcelona and he now has several offers on the table, with United ‘best placed’ to sign him.

The teenage sensation is the son of Fran Gonzalez, a coach at Manchester City, who played for Deportivo La Coruna.

Moreover, The Sun are even jumping on the story.