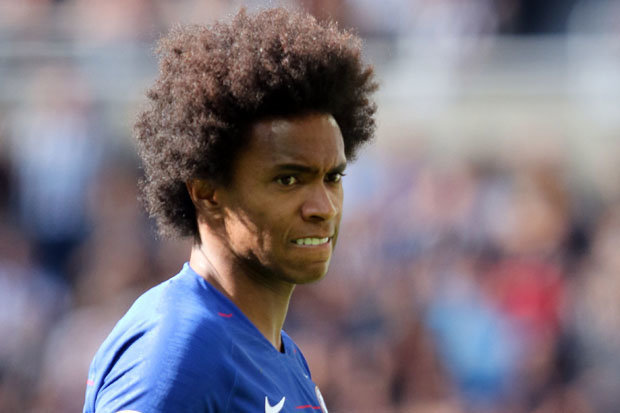 Chelsea would rather sell Willian to Barcelona than Manchester United in the summer transfer market, according to journalist Duncan Castles.

The Brazil international is facing an uncertain future at Stamford Bridge after falling out-of-favour with Antonio Conte.

United are rumoured to be interested in a potential swoop to sign Willian from the 2017 Premier League champions – one of many titles they won with Mourinho.

But, it’s not as easy as that. Barcelona have also been linked with a bid to sign the attacker.

Sunday Times reporter Castles is claiming that Chelsea would see a potential sale to Barcelona more preferable than allowing Willian to join United like Nemanja Matic did a year ago.

“Chelsea’s perspective a sale outside of the Premier League would be preferable especially seeing how Matic did at Man United last season,” Castles told the Transfer Window podcast.

Since arriving at Chelsea from Anzhi Makhachkala in 2013, Willian has won two Premier League titles, the FA Cup and the League Cup.

Chelsea have yet to sign a player in the summer transfer window so far.

I’m probably wrong and it’s probably bullshit, but I prefer Shaqiri to Willian (though would prefer a player better than both).