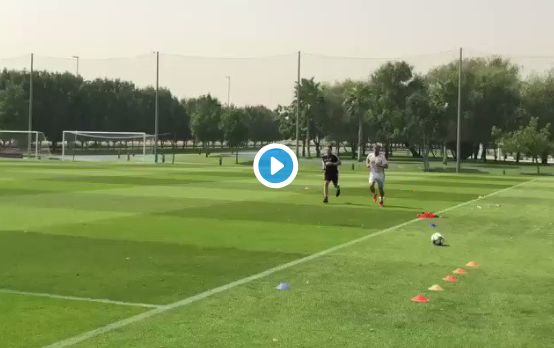 Manchester United left-back Luke Shaw sent something of a message to his manager Jose Mourinho with a video of himself back early for pre-season training.

The England international, who didn’t quite make the grade for Gareth Southgate’s World Cup squad this summer, has not had the easiest of times at Old Trafford but he probably hasn’t made matters easy for himself with bad attitude and a lack of determination.

Shaw has also had his run-ins with Mourinho, who has been publicly critical of his fitness and general performances on a number of occasions.

The video in question landed on Shaw’s Instagram and it shows the 22-year-old finally has the right approach to getting in his manager’s books.

Fans will hope Shaw has a breakthrough season and can cement a spot in the starting eleven.

Credit to Shaw, but he must keep it up.