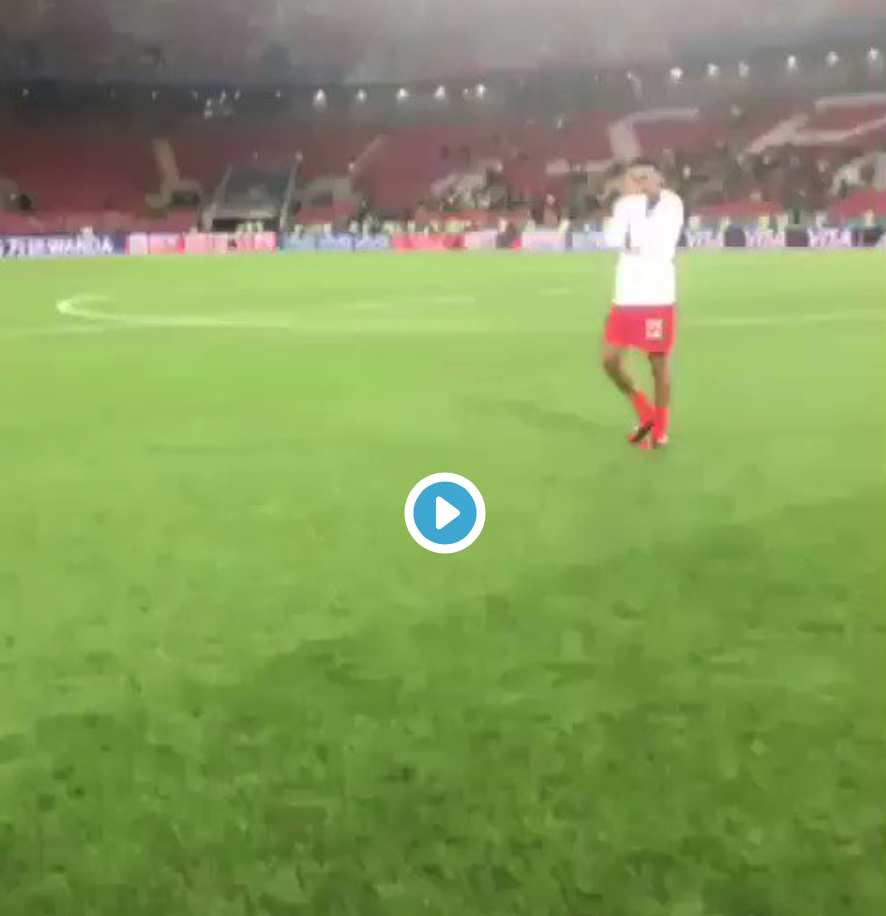 England are through to the World Cup quarter-finals.

Just seconds away from winning the game in regulation time, Colombia scored a dramatic equaliser to force extra-time which lead to penalties.

England’s dismal record in penalty shootouts was put to bed, despite Jordan Henderson seeing his spot-kick saved by David Ospina.

Marcus Rashford should also be credited for putting his penalty away.

Meanwhile, Jesse Lingard is having a great time at the World Cup. He even scored a cracker against Panama in the group stages as well as keeping spirits high away from the pitch.

His social media activity throughout the tournament has made for entertaining viewing.

The 25-year-old used Instagram to capture a brilliant moment with Liverpool’s Trent Alexander-Arnold after the win over Colombia.

Despite playing for Liverpool, Alexander-Arnold made the #JLiingz gesture on the pitch. Lingard asked: “What you saying Trent?”

Lingard: “What you saying Trent?”

The chorus to The Lightning Seeds’ classic song ‘Three Lions’ has become something of a staple at this summer’s tournament.

The journey continues against Sweden on Saturday and we simply can’t wait.