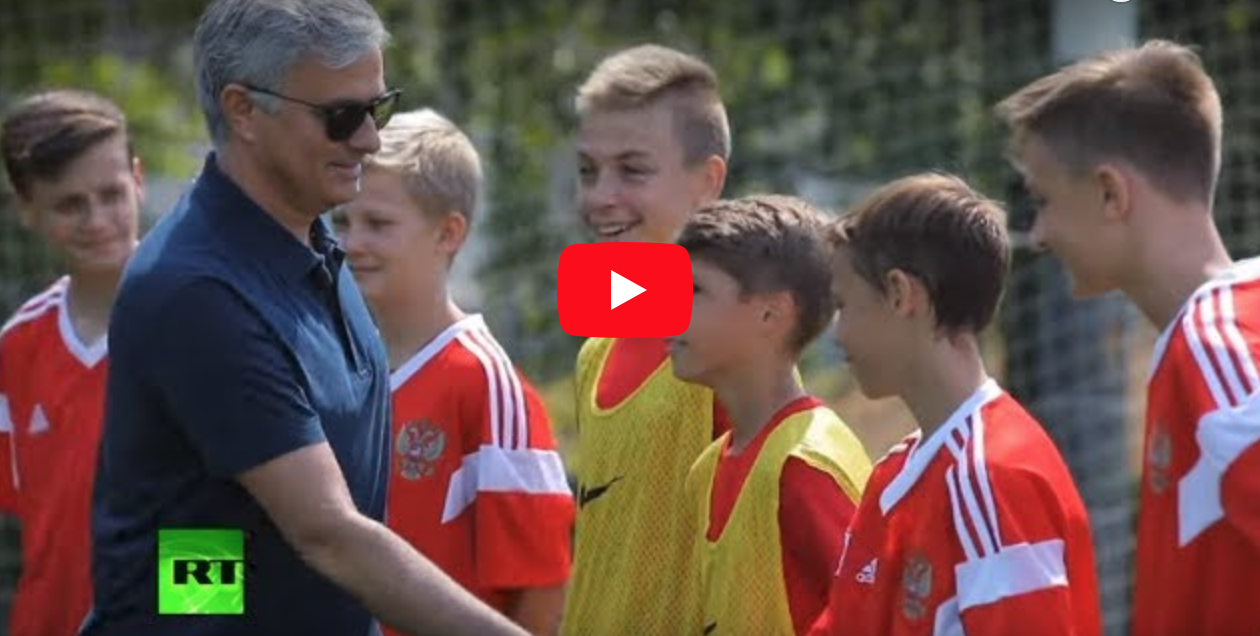 Jose Mourinho is in Russia watching the World Cup to not only keep an eye on his Manchester United players but potential signings.

He recently took some time out to visit Russia’s future stars. Young lads, who are incredibly enthusiastic about the game and some of which even support United.

READ MORE: Juventus pull out of race for talented midfielder, giving Man Utd the green light to swoop in

It’s obviously a dream for them to be greeted by Mourinho. The United manager watched them train and was left impressed by the standards of which they were playing at…

Did any make the grade for United’s youth academy? Who knows… Mourinho always has United’s best interests and would undoubtedly tip a player off to the club if he thought he was good enough.

The World Cup in Russia has so far been a success. No reports of hooliganism, good football and plenty of shocks along the way. What more could you ask for?