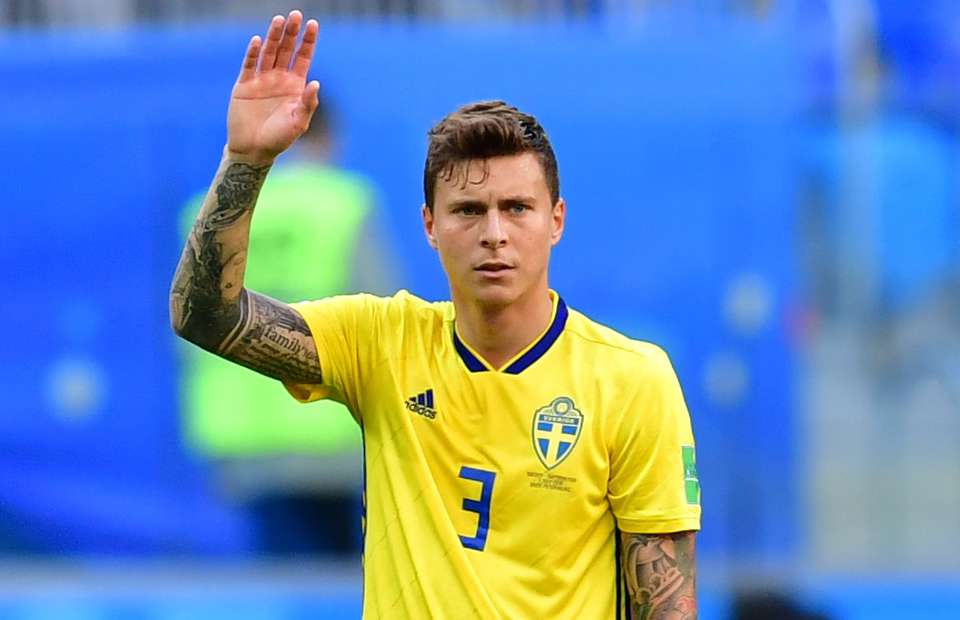 Earlier in the summer, rumours were rife that Victor Lindelof would be the latest big name signing to rock up at Wolverhampton Wanderers, who of course boast super agent Jorge Mendes among their list of resources. It afforded them a swift return to the big time and to somehow secure some stellar names, none more so than their cultured wonderkid midfielder Ruben Neves, the youngest player to captain FC Porto and in a Champions League game no less.

I digress, the point is, after Lindelof’s first season of acclimatisation and adjustment, many would have thought a loan move to a Premier League club where he would be guaranteed games would have been a shrewd move on United’s part. He would finally get to grips week in week out what this unforgiving league is all about.

That was before his continual excelling on football’s biggest stage this summer. The ex-Benfica defender has looked like the defender we hoped we had signed and knew he was capable of in Russia. His partner Andreas Granqvist deserves a huge mention in nurturing Lindelof, not only at the World Cup, but also helping the Swedes get them there in shutting out Italy over two games.

In Granqvist, Lindelof has for his country what he doesn’t at club level- an established, wise old head to oversee his development. All of Bailly, Jones, Smalling and Rojo have not grabbed the bull by the horns and confirmed they should be first choice defender. Out of them all, Bailly has been the closest. As such, Lindelof has had to settle at United without that constant reassuring presence. There is no Bruce or Pallister or Ferdinand or Vidic at the heart of the defence, hence the links to the likes of Skriniar, Alderweireld, Umtiti and Varane in recent weeks.

Lindelof’s rocky start was first of all well known but also not atypical from people coming over from Portugal. Few will refer to his late-season promise when you mention Lindelof, what’s the first thought that comes into your head? The costly error at Huddersfield and leaving the Kirklees Stadium double hooded and shielded like lugging a prisoner into the back of the van.

Lindelof for Sweden looks like the player MUFC fans hoped they were signing rather than the one they saw in red. Deserves more opportunities as he’s clearly a class central defender. Only 23, too.

That is well in the past now and we have a defender who has definite scope for improvement and maturity- at the tender age of 23. A scrappy 1-0 win over Brighton will not live long in the memory but it did Lindelof’s confidence the world of good. A thunderous Vidic-esque tackle on Anthony Knockaert drew an equally thunderous reaction from the Old Trafford faithful, who knew Lindelof needed it. It’s fair to say he has kicked on since that moment.

He penned a fantastic article on the Players Tribune recently, detailing his rise to fame after diving around and doing stepovers in respective Barthez and Zidane jerseys in his garden.

Closer to our hearts in that article, he was practically pinching himself knowing he is a Manchester United player at just 23 years old. They are only typed words, but it is still refreshing to see players appreciate the stage they have at our club, others have taken it for granted previously.

So we have a player in Lindelof who is desperate to succeed and only going to get better. He has looked different gravy this tournament and not put a foot wrong. I think if you were to ask a lot of United fans who their defensive pairing from the current crop would be next season, they would be unanimous in Bailly and Lindelof. Marcos Rojo went from hero to villain in disturbing style. Phil Jones has not played a minute for England, for whom Chris Smalling is completely out of the picture now.

Lindelof has taken his chance and catapulted himself right up the pecking order for United.

That loan move to Wolves is fast not becoming an option United are willing to consider.

We could well be witnessing the very making of Victor Lindelof in Russia.