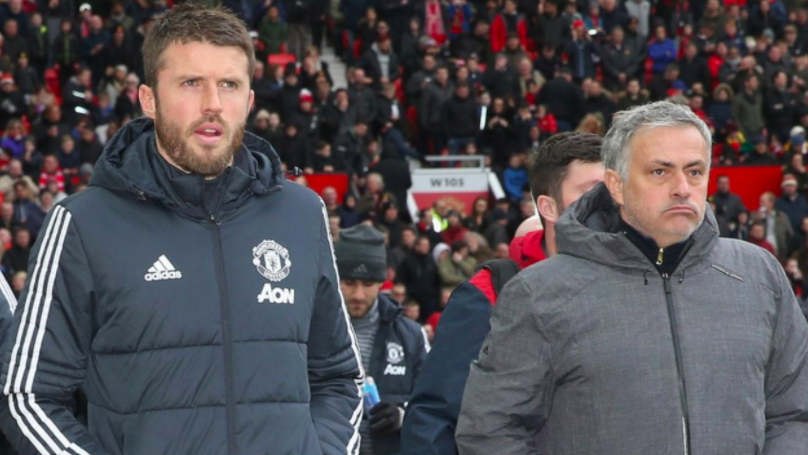 Michael Carrick has credited Jesse Lingard with blossoming into a key player for Manchester United.

The 25-year-old managed to hold down regular starting spot in Jose Mourinho’s team throughout the 2017/18 season despite increased competition for a starting spot.

Lingard was consistently brilliant throughout the Premier League campaign with a return of eight goals and five assists in 33 appearances.

Lingard has carried his form into the World Cup with two goals in England’s 6-1 win over Panama in the group stage to help the Three Lions book their place in the Round of 16. They’ve since qualified for the quarter-finals after eliminating Colombia.

Former Manchester United midfielder Carrick heaped praise on Lingard for his progress over the past 12 months for both club and country.

“I remember watching Jesse over on the back pitches [at the Aon Training Complex] when he was a young lad,” Carrick told Man United’s website.

“He must have been 15 and I was seeing this tiny little kid running around. You could see then the ability he had – his movement, awareness and all that sort of stuff.

“It was just about his physicality and giving him time to develop. You can’t give enough credit to the staff behind the scenes for letting him take his own time to develop and nurturing him in different ways. Now, obviously we’re getting the rewards from that. He had a great season [in 2017/18], scoring a lot of goals and he is now a big player for us.”

United finished in second place in the Premier League last season ahead of Spurs, Liverpool, Chelsea and Arsenal.

The Reds ended up 19 points adrift of champions Manchester City in the title race.

We still have a lot of work to do.