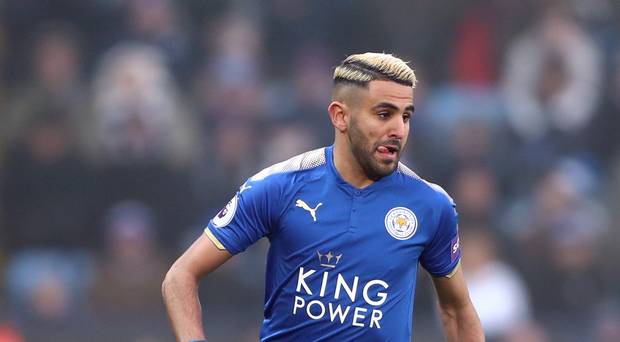 Manchester United have been crying out for an elite right-winger for a number of years. Recruitment to try and address that need has been patchy- the likes of Angel Di Maria and Memphis Depay failed, while Anthony Martial and Alexis Sanchez have not enjoyed playing there. Juan Mata likewise never appears overly comfortable in that area.

So why on earth are United allowing their neighbours City a free run at Riyad Mahrez of Leicester City?
This is not merely appearing wise after the event but Mahrez is full of silk and stardust and has been a natural down the right for Leicester since he was unearthed from the French Ligue 2 by then boss Nigel Pearson.

He was the cornerstone of their miraculous title win in 2016, that with an unbreakable togetherness, unity and Jamie Vardy’s goals. In a team epitomised by industry and guts, the left-footed Algerian provided the magic and artistry. Think of it as a swan on water, frantically working its legs underwater while looking elegant and graceful above it, that was the other ten players and Mahrez. That is not ignoring the fact Mahrez is equally diligent in his defensive duties, a box where a tick is mandatory as far as Mourinho is concerned.

I am looking at Mahrez’s situation selfishly, of course, but let’s assess his situation as objectively as possible: He will have a thankless task trying to claim a place in City’s starting eleven. Displacing one of Leroy Sane, Raheem Sterling, Kevin De Bruyne, both Silva’s and Ilkay Gundogan will be a tall order.

There can be no getting away from the fact that Mahrez would, like his playing style, waltz straight into United’s right side.

The reported £60 million fee is well within United’s means and a more financially viable deal than the inflated £70 million Chelsea supposedly are demanding for Willian, a player who, in the numbers stake at least, will not have as much longevity as Mahrez.

One cannot help but get the impression that Woodward is craving and holding out for the last-ditch pursuit of Gareth Bale, but a lot will hinge on whether he receives assurances from Julen Lopetegui about his chances. It’s feasible Zinedine Zidane’s exit has afforded Bale a fresh start and clean slate at the Bernabeu.

Back to Mahrez and United do have recent previous in terms of transfer hijackings, with both Romelu Lukaku and Alexis Sanchez acquired despite strong links to Chelsea and City respectively.

I will be bitterly disappointed if we let Mahrez slip the net. It’s not just a case of if you see something you can’t have you want it more. Mahrez would be a revelation at United and he would sure excite a lot of supporters.

Lukaku is renowned for his heading ability, Sanchez his right foot. Mahrez’s wand of a left foot would make it football’s perfect hat-trick of transfer hijacks.