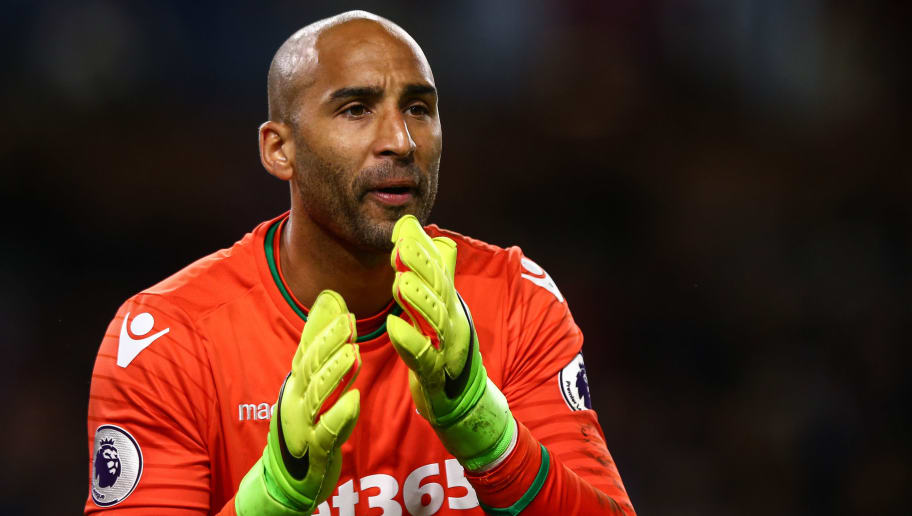 Lee Grant has joined Manchester United from Stoke City for an undisclosed fee.

Official | Stoke City have confirmed the departure of Lee Grant to Manchester United for an undisclosed fee. #MUFC pic.twitter.com/B8gm4BFgVY

The 35-year-old spent almost two years with the Potters after joining them initially on loan from Derby.

He made 31 league appearances during the 2016/17 season in the absence of the injured Jack Butland was named the Club’s Player of the Year.

Stoke sent their best wishes to Lee Grant for the future via their official website.

After completing the signing of Grant, it makes even more sense for Sam Johnstone to leave the club. The United youth graduate signed for West Brom earlier today after spending a season-long loan at rivals Aston Villa.

Grant is expected to come in as a third choice goalkeeper behind David de Gea and Sergio Romero.

Speaking to ManUtd.com after his move, Grant said the following: “Moving to Manchester United has been a dream of mine for as long as I can remember. This was an opportunity that I couldn’t let pass and I’m thrilled to become a part of such a historic club. I’ve enjoyed every moment of my career so far and I’m now ready to continue learning and improving alongside some of the best players in the game. But at the same time, I intend to use my experience to help the team whenever possible.

“I want to say a huge thank you to those close to me who have supported me along my journey so far. I’m looking forward to meeting my teammates and giving everything possible for the club in the upcoming season.”

#MUFC is delighted to announce the signing of Lee Grant on a two-year deal: https://t.co/pebTQFjRaq pic.twitter.com/llAEkvvvkp