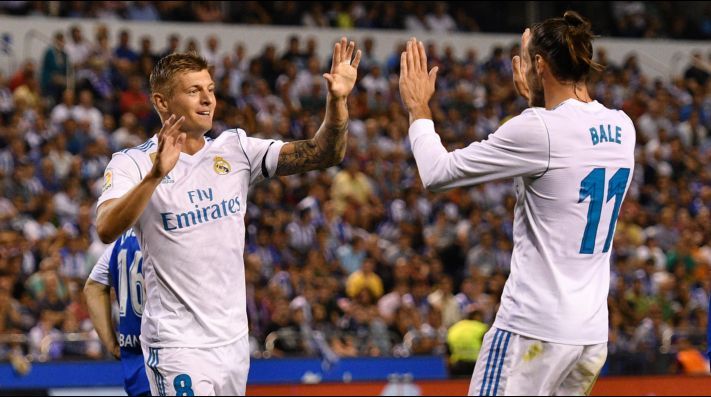 After winning three consecutive Champions League titles in a row, rumours suggest some Galacticos seek pastures news. Florentino Perez is known to spend big on marque signings and with a World Cup only adding fuel to a fire, there may be a few changes in Los Blancos’ starting eleven going forward.

They’ve been linked with players such as Robert Lewandowski, Eden Hazard and Alisson.

With new manager Julen Lopetegui taking the reins from Zinedine Zidane, speculation is rife. Neither Gareth Bale or Cristiano Ronaldo are certain to stay beyond the summer.

However, one name who has nailed his colours to the mast is Toni Kroos.

Following Germany’s shock exit in the group stages of this year’s World Cup, the maestro will have a longer summer break than originally expected.

Mundo Deportivo, report that the Mannschaft star has eased supporters’ nerves by committing to a future in Madrid.

With a long-term contract keeping him at the Santiago Bernabeu until 2022, Kroos is rumoured to be focused on seeing out his deal. A move to Manchester United could be a possibility, but it seems the 28-year-old is happy where the sun shines.

After four years of unbridled success, Real Madrid and Kroos remain a force. It doesn’t look like he’s going anywhere.

Who can blame him wanting to stick with Luka Modric and Casemiro instead of Marouane Fellaini?