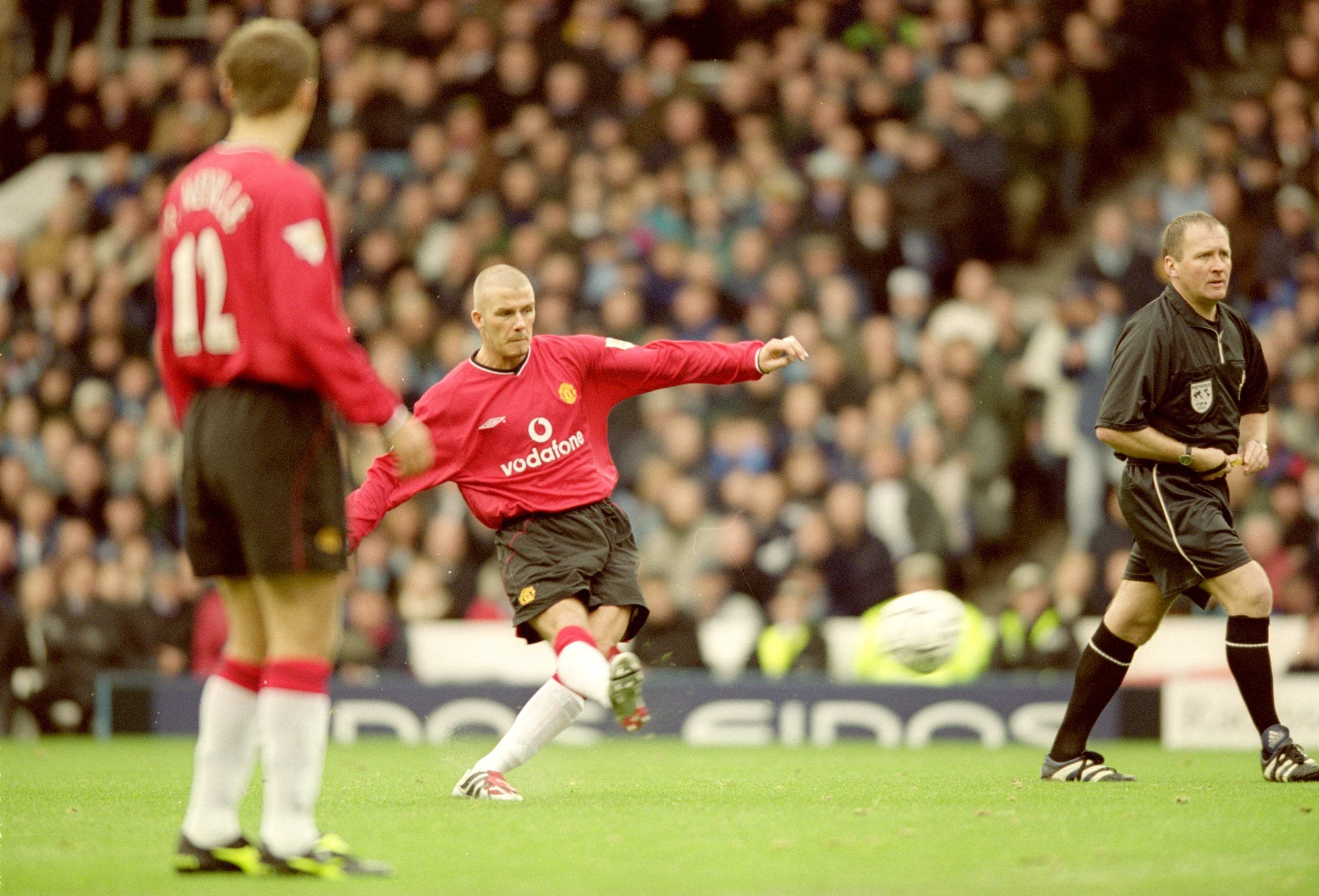 On this day in 2003, Manchester Utd received a club record £25 million for David Beckham as the England winger signs for Spanish giants Real Madrid.

This transfer ended a 12-year association with United, who Beckham joined as a trainee.

He made his debut for the Reds aged 17 in 1992 and helped United to six Premier League titles, the FA Cup twice and the Champions League.

Further, Beckham was part of the famous ‘Class of 92’ which went a long way to shaping United’s success under Sir Alex Ferguson. Fittingly, Ryan Giggs once said, ”there are certain goals that only David Beckham can score.”

With that in mind, here are my top three favourite David Beckham moments in the famous Red shirt.

Having gone 1-0 up through Andy Cole, a Robbie Fowler penalty made it 1-1 after a cagey first-half. With the score deadlocked, the game was heading towards a draw when Andy Cole is fouled just outside the box and United are awarded a free-kick. Up steps Beckham: to curl the ball into the net via the underside of the crossbar; leaving David James helpless in the Liverpool goals. A great goal; aptly described by Martin Tyler as ”perfection”. The strike was even sweeter considering the opposition on the day.

United came into this one needing a win to secure their fifth title in seven seasons after a nervy climax to their domestic campaign. However, Spurs did not read the script as they went ahead through Les Ferdinand against the run of play to shock the Old Trafford faithful.

The Reds missed a host of chances as tension grew around the stadium with Spurs threatening to extend their lead and hand the title to bitter rivals Arsenal. With the first half drawing to a close, Beckham receives the ball from a Paul Scholes pass, takes one touch to steady himself and expertly dispatches the ball into the top corner past Ian Walker.

The rest, as you know, is history.