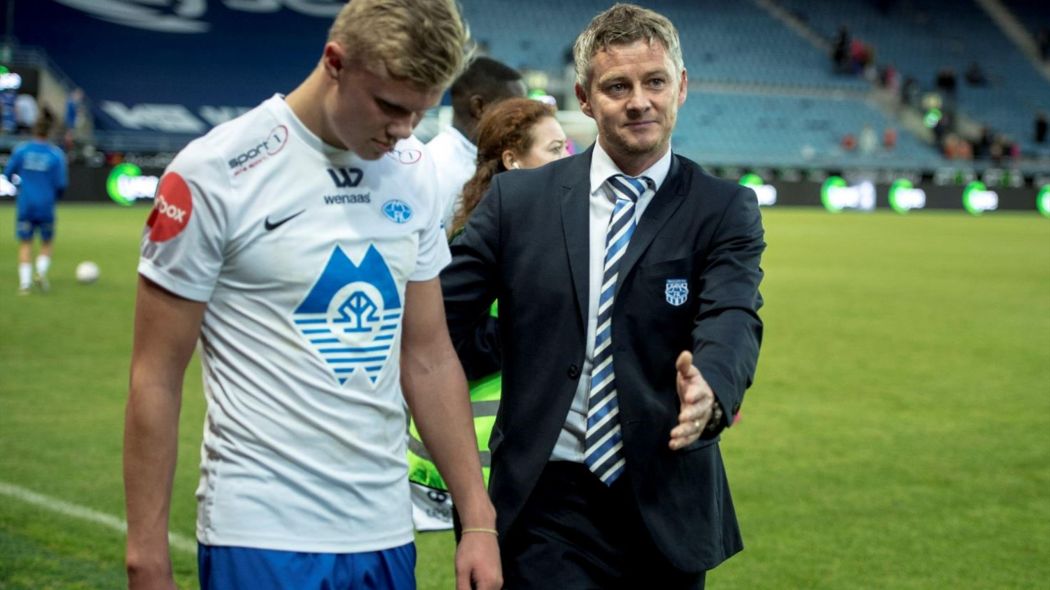 The same outlet suggests that the club has followed the player closely for a while and think he might have a great future and will eventually see him as a long-term project.

Funnily enough, the Molde youngster is the son of former footballer Alf-Inge Haland, who has a feisty past with United legend Roy Keane.

Molde club director Øystein Neerland has told TV2 that United are interested in the 17-year-old.

“There are a lot of interested clubs, including Manchester United. I know that there have been representatives from them at Aker Stadium on several occasions this season, but I can neither confirm nor deny whether they were in Bergen yesterday, he said to TV 2.”

We’ve never seen Erling Braut Haland perform but United is where the world’s most talented players belong. In the past, we’ve seen stars like Adnan Januzaj and Memphis Depay not quite cut the mustard but it takes more than talent.

These kids need to have the head to be successful. Determination and willingness to make sacrifices like all of the best footballers.

His dad may be a dick but that doesn’t mean his son could join United and become an instant hit with the fans.