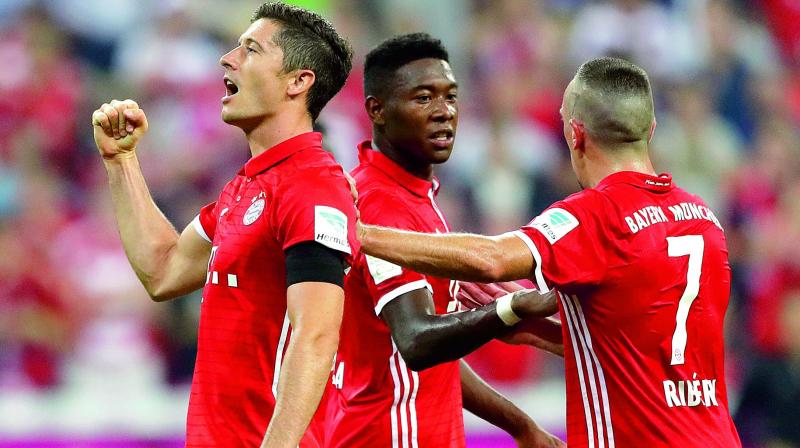 Even though we haven’t quite bought into the Robert Lewandowski to Manchester United speculation this summer or before, our duty at Stretty News is to cover everything related to the Reds.

The Polish striker is heavily tipped to leave the club this transfer window after announcing to the world that he will not play in the same league his whole career.

That has led to speculation he could make a Premier League move to either Chelsea or United, but only the former should have a demand for such a player. Alvaro Morata drastically flopped in his first season at Stamford Bridge, while Romelu Lukaku was excellent for United.

Kovac, who presented to the media this lunchtime on Monday, has admitted that he does not see the striker departing.

He was quoted on Sky Sports: “Nothing new about Robert Lewandowski. I called him and gave him my point of view.

“I look forward to having him in the team. He is a great player, a world-class striker who has done a lot for the club and will do a lot in the future.”

Whether or not Chelsea were interested in signing Lewandowksi, this should come as a blow to them and not United. Lukaku outshone Poland’s forward at the World Cup this summer.

That said, Lewandowski added 29 goals to his name last season in the Bundesliga — one less than the previous season — and Chelsea will see that as an avenue to get them back fighting for league titles.

United, on the other hand, are only looking for a backup option to Lukaku.