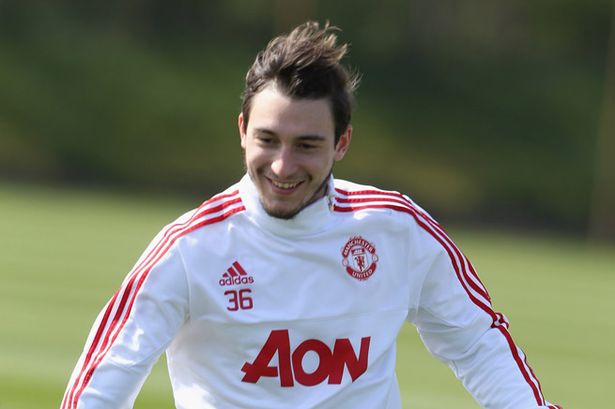 Matteo Darmian has this afternoon confirmed that he is keeping his options open regarding his imminent Manchester United departure this summer.

Versatile Italian full-back Darmian arrived at Old Trafford from Torino in 2015, impressing during his early months with the club on his way to racking up a respectable 24 Premier league starts over the course of his debut campaign in England.

However, he allegedly fell out of favour under Jose Mourinho during the 2016/17 season, with the Portuguese tactician option for the likes of Antonio Valencia and Ashley Young in full-back postions over the 36-time capped Azzurri international.

As a result, Darmian was heavily linked with a departure from Manchester, with a variety of Serie A sides having reportedly expressed an interest in bringing him back to Italy.

Then, somewhat surprisingly, Mourinho blocked a transfer for his 28-year-old defender, though, with the former Inter Milan and Chelsea boss viewing Darmian as an important member of his squad, despite his lack of game-time.

Darmian managed just eight appearances in the Premier League this past season (5 starts), reports began to intensify late last year that he would force a January exit from Old Trafford, with all of Juventus, Napoli and Roma having been touted as potential destinations for the AC Milan youth product.

Speaking to Rete Sport at the beginning of the year, Darmian’s agent, Tullio Tinti, was questioned about the interest from Roma in his client.

Tinti revealed that the Italian defender had still not been made available for transfer.

“I’ve never received any calls from Roma [for Darmian].

“There’s contact with other Serie A sides, but not with the Giallorossi. At the moment, the lad’s not for sale.”

Darmian then added fuel to the fire regarding a possible return to his homeland during an interview with Sky Sport Italia in May, when he admitted that he ‘missed’ his home country.

Moreover, reliable journalist Fabrizio Romano subsequently revealed that Darmian’s move to Turin was ‘close’, so we all thought it would have been done by now.

Now, Darmian reveals the Old Lady’s hestitance has seemingly allowed another pair of Serie A clubs to reenter the race for his signature.

Speaking in an interview with La Gazzetta Dello Sport, the Italian stopper explained:

“United are [a] top [club], but it’s only normal that I want to be involved.

“I’ve still got a year on my contract and we haven’t discussed renewing. My agent knows what I want.

“Juve, Inter, Napoli or somebody else – it’s not for me to say. If it were to happen, I would go for the best solution. The doors are open.”