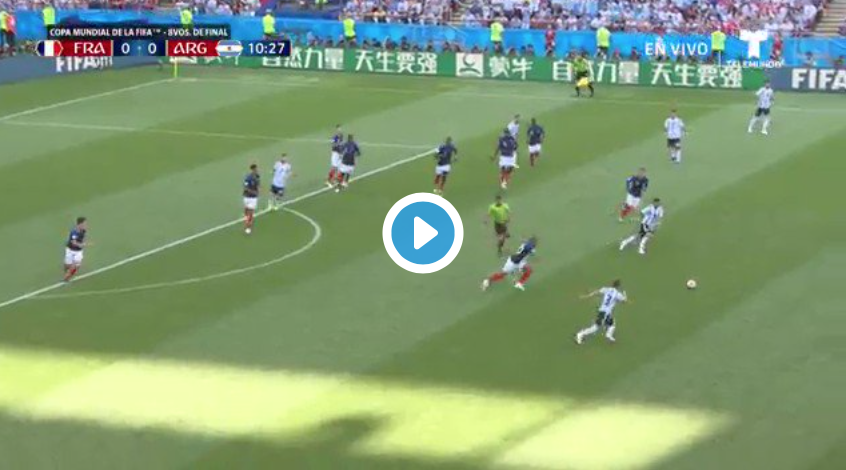 Kylian Mbappe went on a stunning run 10 minutes into France’s Round of 16 clash against Argentina and was took down by Manchester United defender Marcos Rojo.

Here's the great run by Mbappe that led to a penalty kick and a 1-0 lead for France.pic.twitter.com/MKECCoeSKA

The referee rightly awarded France a penalty and Antoine Griezmann slotted home to give Les Blues the lead.

A place in the next round is up for grabs and Argentina really haven’t been at the races at this World Cup. They must do a lot better to turn this game around and I can’t say it looks likely.

France also need to up their game at this tournament if they plan on doing any real damage and win it outright, a bet I placed before the World Cup kicked off.

If I was to place a safe bet right now, France will be qualifying for the next round.

Hopefully, Paul Pogba gets his name on the scoresheet or Rojo can redeem himself before it’s too late.