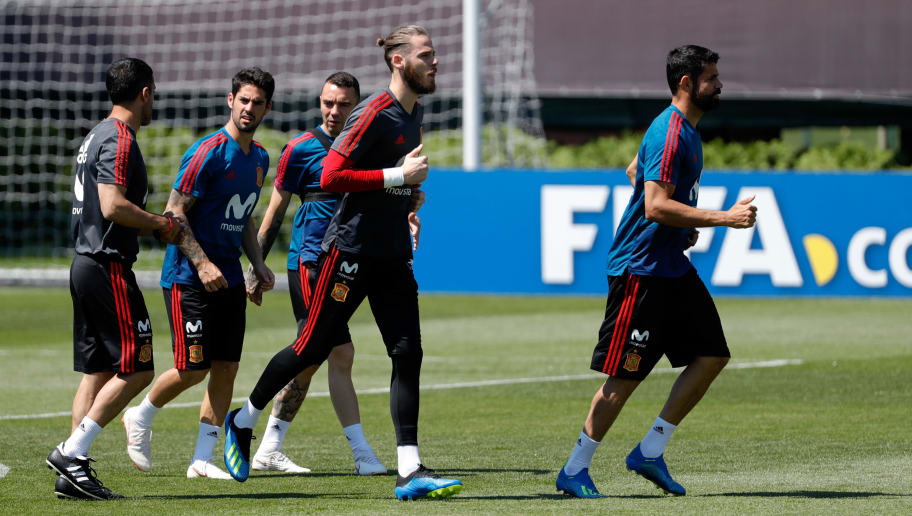 David de Gea will start Spain’s Round of 16 encounter with Russia on Sunday, as has been confirmed by stand-in national team boss Fernando Hierro.

The Manchester United shot-stopper has come under heavy criticism for his displays this summer, but appears to have the backing of his manager, even if the Spanish media are quick to completely write him off. They’ve even ran opinion polls with Spanish fans voting to see De Gea axed from the team.

It was in the first half of the very first match of Spain’s World Cup when questions were first being asked of De Gea. His error in stopping a simple shot from Portugal superstar Cristiano Ronaldo was a contributing factor to his side’s 3-3 draw in what was arguably match of the tournament thus far.

Since then the 27-year-old has been subject to constant criticism and that should act as a warning not to leave Manchester for Madrid. Ever.

Thankfully, the Spain manager seems to have no worries over the keeper’s form and will start him against host nation Russia tomorrow evening.

Up for grabs is a place in the World Cup quarter-final.

Speaking to Radio Nacional, Hierro confirmed “de Gea will play”, knowing full well that on his day, the United keeper is the best goalkeeper in the world.