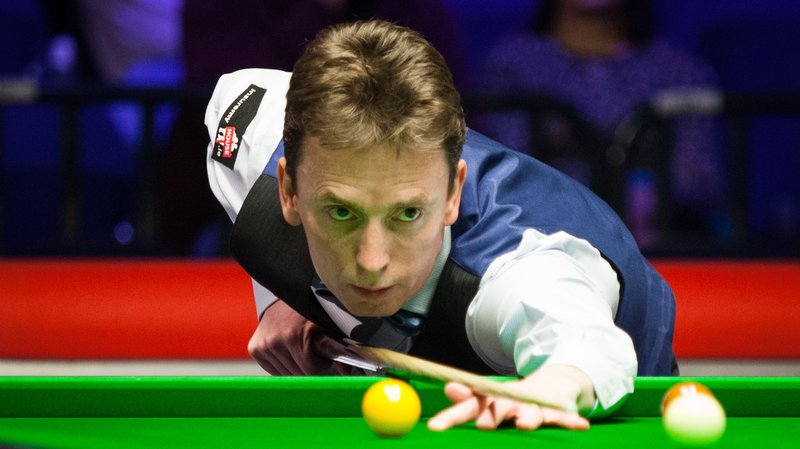 Dublin native Ken Doherty is an avid Manchester United fan. He has witnessed it all. The good days; and the not so good days. The Ron Atkinson days, to the treble-winning days, a moment in which Ken observed first hand on that famous night in Barcelona.

”It was amazing. I was right by the corner flag where Beckham delivered the ball for the two goals. I have never seen so many grown men cry.”

Having overturned the King of the Crucible, Stephen Hendry, to fulfill his sporting ambition of lifting the 1997 World Snooker Championship, he fulfilled the second dream, as he was invited by Sir Alex Ferguson to parade his trophy at Old Trafford in a game against West Ham. He speaks with such enthusiasm and it is clear from talking to him that he still gets a tinge of excitement as he recalls his memories of this day and meeting Ferguson and Eric Cantona.

READ MORE: From Spain: De Gea to keep his place for Russia clash

There is no doubt that his love for the Reds as a man burns as bright as it did as an eight year old watching the 1977 FA Cup final between Utd and bitter rival Liverpool. Unsurprisingly, he has vivid memories of this final as he watched Stuart Pearson and Jimmy Greenhoff put the old enemy to the sword. With this being his earliest memory of United, it went a long way in shaping the subsequent passion he now holds for the club.

Doherty feels that if United are to win the title, new signings are a must and a couple of areas, in particular, ought to be addressed.

”Toby Alderweireld would be a good signing,” Doherty said. “He is a very good defender. I would like to see United strengthen at left back; especially with doubts over Luke Shaw. Ashley Young has done well for us, but he is not a defender by trade.”

Moreover, ‘The Darling of Dublin’ is in no doubt as to what Utd need to do to de-throne City in the coming campaign.

”I feel we need to utilize the wide-men more, like the United teams of old: guys bombing down the wings. In the way that Giggs, or Ronaldo, used to do. These guys get the crowd going and get the hairs on the back of your neck standing. We don’t see enough of that now. We are lacking width the last few years. It’s too narrow; all down the middle and in front of the defenders.”

It is clear from talking to Doherty, who imitated his heroes as a young lad in Ranelagh, that we share similar views on the Post-Ferguson era. As stated in a previous article for Stretty News, in my opinion, United boast attacking options as good as anybody in the Premier League. However, having said that, it seems that we have become a team who is more concerned with the other team and nullifying their threats, rather than playing to our own strengths. It feels like there is always another gear to go.

”I want to see them frighten defenders like they did under Ferguson. They don’t frighten anybody now. I would like to see them go for it more; carve out defences. They have the players to do so.”

Doherty, who cites Mark Hughes as one of his all-time favourite players thinks Mourinho needs to let the shackles off next season “I think he has to, yeah. I don’t think the United fans will stand for the football. I think there are a lot of frustrated United fans. Okay, we got second, we have improved: but some of the performances are just not good enough.”

There is a feeling around Old Trafford that Utd fans will accept Mourinho’s pragmatic approach to an extent; if it brings silverware.

In spite of that, I am not sure he will survive another trophy-less campaign if the brand of football is not significantly improved.