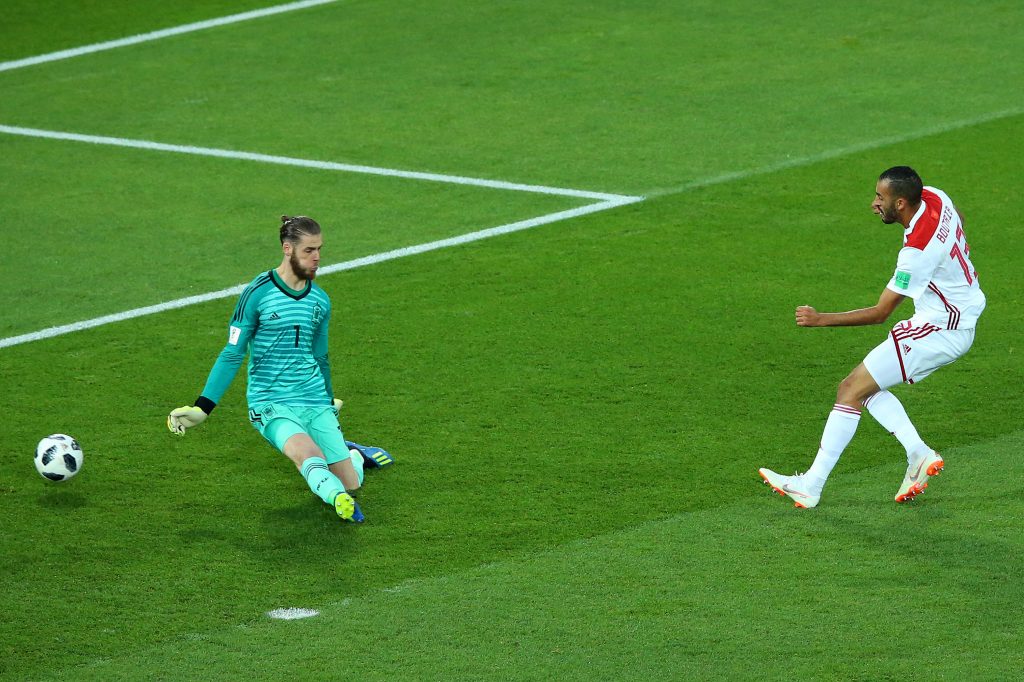 Despite reports David de Gea would be dropped for Spain’s World Cup round of 16 encounter with Russia on Saturday, it now looks like the Manchester United goalkeeper will keep his place in the starting line-up.

The Spanish media has harshly questioned De Gea role in the question after a couple of questionable performance, which should act as a warning to the Spaniard about returning home to play for Real Madrid.

One or two blunders and their fans will be calling for his head, but not at United where he’s appreciated like no other.

These claims come from Radio Nacional, stating De Gea will start against Russia.

Spain are expected to qualify for the next round as Russia aren’t anything special. That said, they didn’t exactly breeze through an easy group that consisted of Morocco and Iran, drawing with the former this week.

Fernando Hierro was said to have considered dropping De Gea for Kepa, but that no longer seems to be the case.

There have been over 2.5 goals scored in Russia’s last 3 matches and we’re hoping that record continues without De Gea getting harshly criticised again.