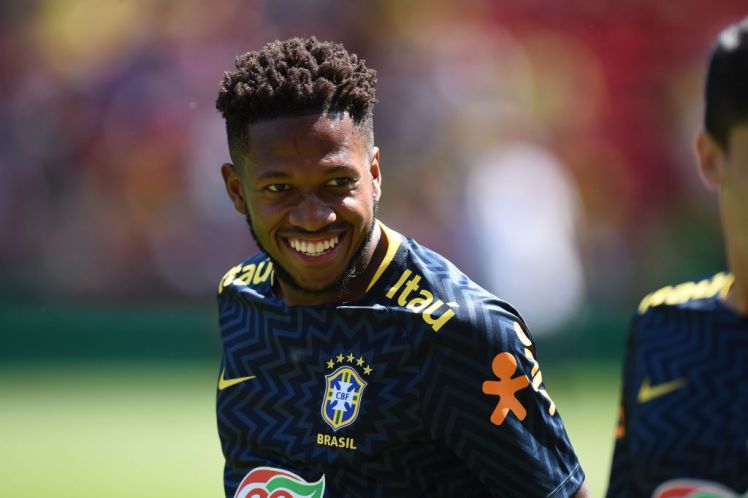 Brazil midfielder Fred thanked Manchester United team-mate Nemanja Matic for welcoming him to the club after Brazil’s 2-0 World Cup win over Serbia on Wednesday and reckoned he will be a “great team-mate” once the two join forces at Old Trafford in the coming months.

Fred, 25, joined United from Shakhtar Donetsk this summer for a fee in the region of £52 million.

The midfielder has yet to feature for Brazil at this summer’s World Cup. However, he still exchanged shirts with Matic following Wednesday’s encounter.

“It was a nice chat with him, he welcomed me for coming to the great club that is Manchester,” Fred said. “We exchanged shirts, too, he will be a great teammate.”

With Brazil on to the round-of-16 in Russia, Fred has not thought about life at United just yet.

He said: “It’s a big change, but I have not stopped yet … It still hasn’t set in, I’m very focused here on the World Cup.

“I do not think much about it, but it’s a great club in Europe, it’s one of the biggest, so I’m very happy for that.”