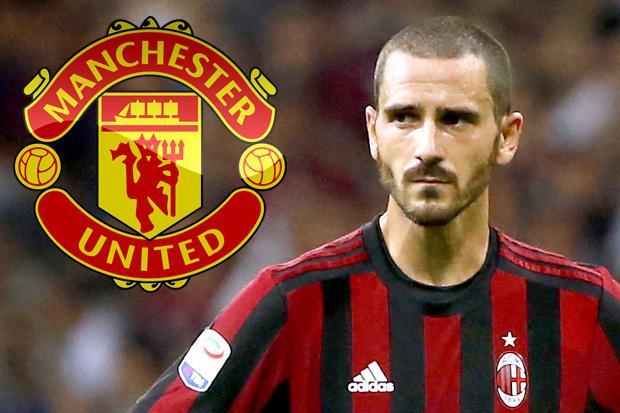 Duncan Castles backed up the story for Yahoo Sport while detailing how the Italian giants were on the verge of being expelled from European club competition for breaching UEFA Financial Fair Play regulations.

It has since been confirmed by Sky Sports that UEFA have banned the seven-time Champions League winners from next season’s Europa League tournament.

There have been claims, however, that Mourinho has turned to Bonucci in order to strengthen his defence after some mixed performances from his centre-backs last season, leading to an over-reliance on goalkeeper David de Gea, who, to be fair, has looked short in confidence or exhausted at the World Cup for Spain.

The Serie A side’s FFP issues are reportedly key to a deal being possible.

Sports Witness have run through the newspapers in Italy and found a piece in Corriere dello Sport that they have described as a ‘follow-up story’ to their Thursday edition, confirming that Mourinho is a huge admirer of Bonucci with talk of a €40 million price-tag.

Bought for €42 million last summer, AC Milan will be looking to recoup most of that money should they allow him to leave in this transfer market.

Mourinho is said to ‘know perfectly that an auction could take place’ for Bonucci, therefore, would prefer to get a deal done ‘quickly’ to avoid a bidding war.

If he wants to play Champions League football next season, Bonucci should push for this deal to happen.