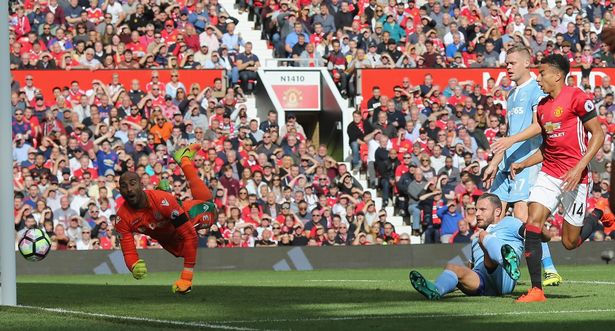 Manchester United manager Jose Mourinho hopes to strengthen his squad this summer, and reports claim another signing may well be on the way imminently.

The Reds have already secured the signing of Brazil international Fred and former FC Porto right-back Diogo Dalot has also joined the club.

After finishing 19 points adrift of rivals Manchester City in the Premier League, Mourinho knows the pressure is on to turn things around next season. United had fallen well short of their objectives, making big signings essential this summer.

But, in a rather low-key move to add more depth and quality behind David de Gea and Sergio Romero, The Telegraph report that United are set to sign veteran goalkeeper Lee Grant to act as the third choice.

Whether or not we’d see much of Grant should he join – coming in as third choice – but the 35-year-old has plenty of experience. De Gea rarely misses games and Romero is a very good backup option.

He played twice against United last season for Stoke and was praised by Mourinho after a 1-1 win at Old Trafford. The reverse fixture also ended in a 1-1 draw.

Nevertheless, we must consider the possibility of injuries or suspensions, so a solid third choice option may well be needed.

That said, what does this mean for Joel Perreria, who Mourinho was full of praise for, this time last year?