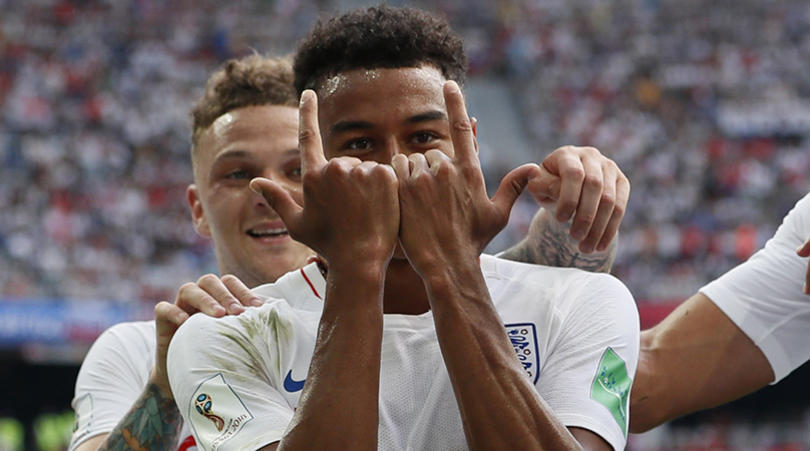 England star Jesse Lingard has admitted that he is ‘excited’ about his side’s future prospects following an impressive start to their 2018 World Cup campaign.

The Three Lions ahead into Thursday evening’s Group G clash with Belgium already assured of a place in the last 16 of the competition but need a win to top the group.

Lingard, who netted an impressive long-range strike in the 6-1 victory over Panama, now wants to keep the momentum going by seeing off Belgium, despite the prospect of an easier path to the final if they finish second.

“For us, obviously we want to win the game – that’s the important thing,” he told England’s official YouTube channel.

“With the team that we have got, it is exciting and it’s young. We don’t know how far we can go and I think that is the expectation of the fans. They are watching and wondering. They are enjoying watching us play and do our bit on the pitch.

“[Scoring at the World Cup] was amazing. From where I was to now, you work hard for times like this, so you’ve got to enjoy those moments.

“I had a feeling [it was going in]. It was a similar goal to the one I scored against Everton for United, so it was under my feet and I had to dig it out. I knew by the flight of the ball that it had a chance of going in.”

Lingard started both of England’s game but was rested towards the end of the game against Panama. There’s a chance Gareth Southgate will look to rest more players this evening, although he didn’t sound too sure of that during his last briefing with the press.