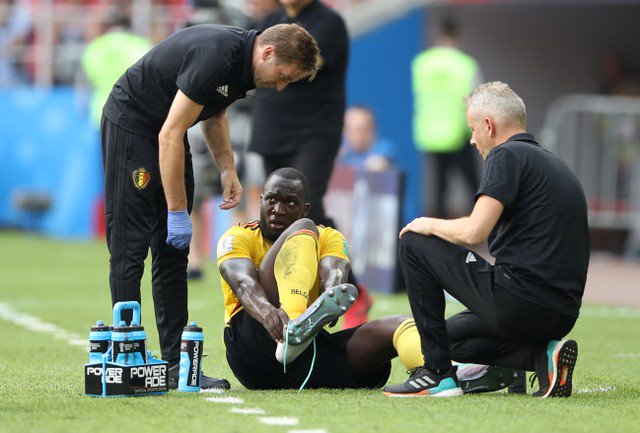 It sounds like Belgium will be playing a second-string side against England today.

The Reds are tied with the Three Lions at the top of Group G, and a win would be enough to see either side finish first and the group stages conclude.

According to Belgium manager Roberto Martinez, one star will definitely be rested: Romelu Lukaku.

When you have Lukaku to be top Premier League scorer at the World Cup, this comes as a kick in the teeth. Toby Alderweireld and co need to be at the top of their game to keep Tottenham team-mate Harry Kane quiet in front of goal.

The England striker currently has 5 goals to his name at the World Cup and is top scorer at the tournament, with just one more goal than Lukaku.

Speaking about Lukaku, Martinez said that it looked like his ankle injury sustained during the Tunisia game was too serious: “From the scan, there was no further damage, but it is still uncomfortable. I don’t think he will be training today, and we will make a final assessment tonight.

“At the moment, he is still in the recovery phase and had a difficult knock against Tunisia, but probably tomorrow is one day too early. I don’t think it is going to take any longer than that.”

Martinez has the knockout stages on his mind and needs his main threat up front fit and ready to continue his goal scoring form. There’s no point risking him for the England game when both teams have already booked their place in the round of 16.