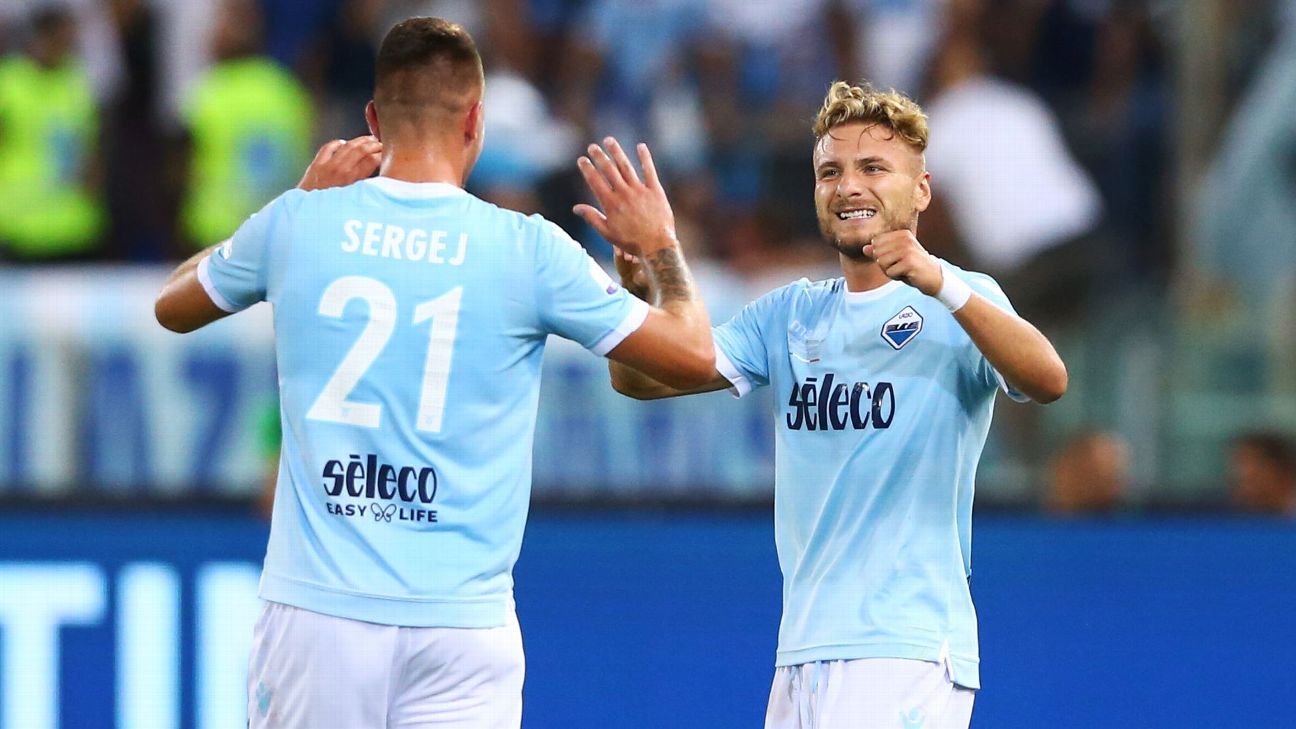 After impressing at the World Cup amid ongoing speculation over his future, Barcelona and Manchester United target Sergej Milinkovic-Savic has been discussing his future.

Serbia were eliminated on Wednesday night following a 2-0 defeat to Brazil, but the 23-year-old certainly did his part throughout their brief campaign in Russia.

It follows on from a highly productive domestic campaign with Lazio, which initially attracted interest from some of Europe’s biggest clubs, after bagging 14 goals and nine assists in 48 appearances across all competitions.

Not only does he boast an eye for goal, Milinkovic-Savic has physicality, agility and defensive solidity in abundance.

According to Mundo Deportivo, the Serbia international has reportedly been given a €80 million price-tag.

But, now, he is refusing to rule out the possibility of staying at Lazio ahead of next season.

“I need a little bit of rest now. I’ll return to Rome and I would be happy if I stay at Lazio, as I’m content there and I have a contract,” Milinkovic-Savic told Italian TV Mediaset, as per Calciomercato.

“I read something different in the papers every day, but I haven’t thought about it yet. First I’ll rest for a bit, then we’ll see.”

With Marouane Fellaini set to renew his United contract by 2-years, Jose Mourinho may not feel the need to prioritise another central midfielder anymore, yet this should still come as a blow to the Reds.

Unlike the Belgian, he’s of United standard and would make a big difference to the team next season.

I just hope United aren’t giving up on him.