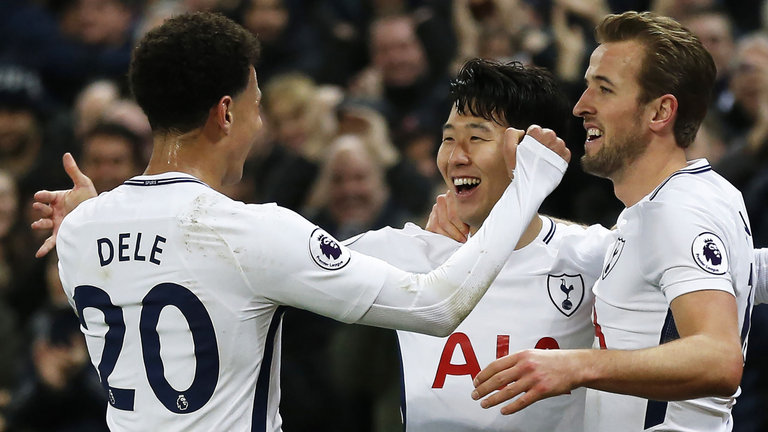 Son is currently in action for South Korea at the 2018 World Cup and will be hoping to reach the knockout stages when they take on current world champions Germany on Wednesday evening.

The 25-year-old joined Spurs from Bayer Leverkusen in 2015 and has scored 47 goals in 140 appearances across all competitions for the club. Last season, he netted 12 times in the Premier League.

READ MORE: Get out of my club’ -Spurs fans react angrily to star man’s tweet about Lukaku

His contract runs until 2020, but according to Sport1 (via Sports Mole), United, Liverpool, and Arsenal are all monitoring his situation at the London club.

It is unlikely that Spurs would sell Son to Arsenal given the fierce rivalry between the clubs, but Mauricio Pochettino won’t want to see him join another Premier League either way. He’s an important part of the current side and they will be aiming to improve next term.

Selling Son will only make that more difficult.

The report also states that Mourinho is determined to sign a new attacker this summer, which has already been speculated this month with names such as Marko Arnautovic constantly popping up as a possible acquisition.

Son scored in South Korea’s 2-1 defeat against Mexico at the World Cup on Saturday.