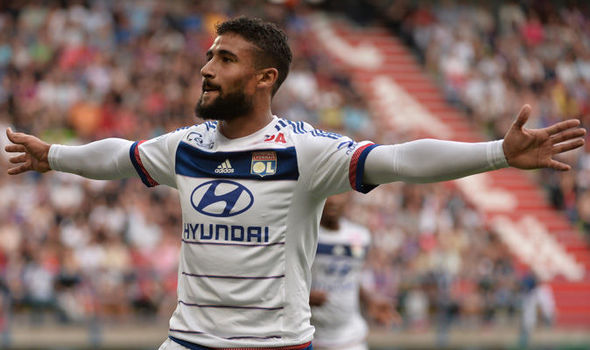 Lyon President Jean Michael-Aulas has confirmed that he has spoken ‘at length’ to Manchester United manager Jose Mourinho over a possible move for France midfielder Nabil Fekir.

Liverpool were close to signing Fekir earlier this month as the player underwent a medical, but the deal fell through after concerns were expressed over the player’s fitness following a serious knee injury in 2016.

You’d think if Liverpool were truthfully scouting Fekir for two years, as suggested by a number of journalists, manager Jurgen Klopp would have been aware of that injury. Instead, the club found themselves in the middle of a circus.

There has been an expectation that Liverpool would try to revive the Fekir deal after the World Cup, yet Mourinho’s talks with Aulas may have added extra fuel to the fire.

“I was with Jose Mourinho the other day. We had long discussions,” Jean-Michel Aulas told beIN Sports, as per the Irish Independent.

“Personally, I am no longer in discussions with Liverpool. At the moment, we are waiting for France and Nabil to have a fantastic World Cup.”

We couldn’t help but dig out comments made by Fekir after Anthony Martial’s 2015 transfer to United, which makes this story more intriguing.

The Frenchman was discussing Anthony Martial’s move to Old Trafford – the pair were briefly teammates at Lyon – and Fekir was full of praise for the Red Devils.

“Playing for Manchester United one day? Why not. it’s a club that makes you dream, but we’re not there yet,” he said, as per Goal.

“The need to have a good season at Lyon comes first, and then, we’ll see.”

Fekir has only played a minor role for Didier Deschamps’ France side at the World Cup so far and didn’t even make their first eleven for Tuesday’s dull draw against Denmark, despite the manager making changes to his line-up in order to rest players ahead of their last-16 clash versus Argentina on Saturday.

United midfielder Pogba was one of those players rested yesterday.